How to Unlock Es’owa in Star Ocean The Divine Force 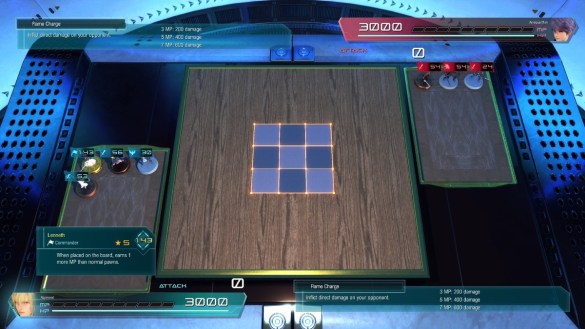 What’s a Square Enix JRPG without some kind of deceptively simple, dangerously addictive minigame that follows you through the whole adventure? It’s usually some kind of card game, but Star Ocean The Divine Force has more of a board game kind of gimmick. It’s called Es’owa and it’s kind of a strange mix between Chess, Go and Tic-Tac-Toe topped off with light RPG elements. It’s a fascinating game and one made more interesting by how the game pieces can also be equipped as accessories. The problem is you’re told about this little side hustle before you can actually try it. So how do you unlock Es’owa in Star Ocean The Divine Force?

As you play through the opening hours of what is basically Star Ocean 6, you’ll learn about side quests, which are indicated by yellow marks on your map. You’ll also notice NPCs that want to play Es’owa are marked with white circles that are slightly larger than the normal white circles. To actually unlock Es’owa you have to progress the story until you reach the Rythal Seaport. This is just a couple hours or so in, depending on your pace.

There’s a couple of side quest NPCs standing right next to each other practically at Rythal’s entrance, right in front of the Inn. You want to talk to the lady in the boots, aka “Shady Merchant.” She’ll hook you up with a starter deck full of generic “pawns,” with which you can learn to play. In fact that’s the quest she gives you. Track down someone at a low rank and congrats, you’re officially an Es’owa Sicko. And if you’re rolling with Star Ocean The Divine Force at launch, you’ve already got a head start on a good deck with the “Early Purchase Bonus” set of (super dope triAce character cameo) bonus pawns.