How to Unlock Donald Duck in Disney Dreamlight Valley

You'll never be at peace in the village again 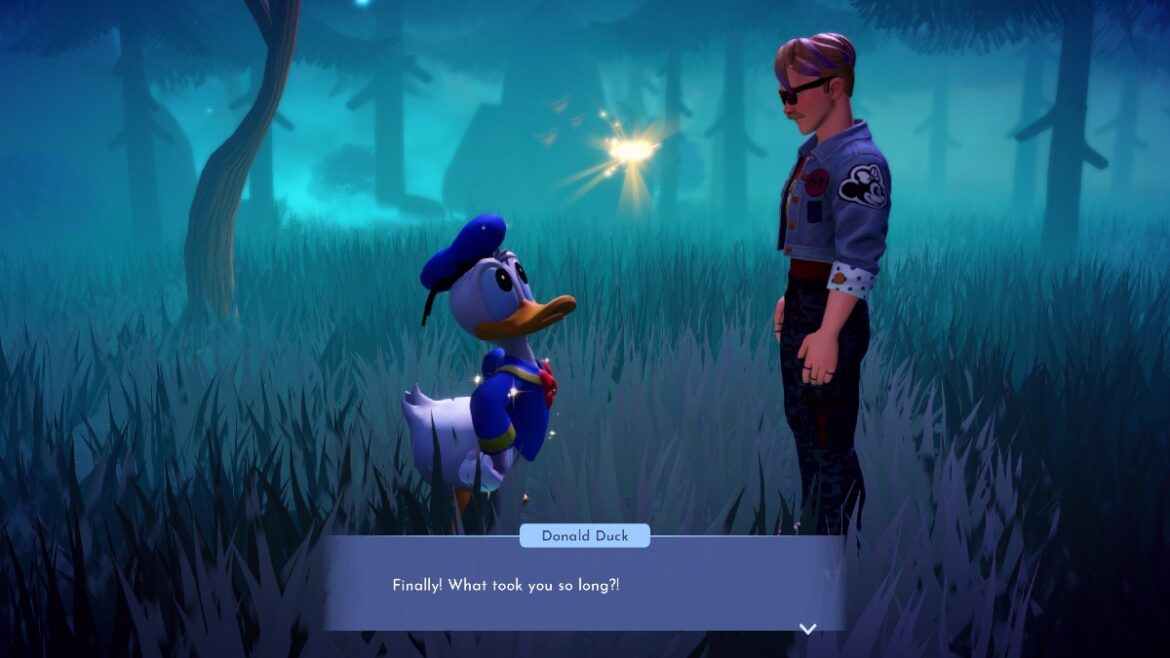 Donald Duck is one of many characters you can unlock in Disney Dreamlight Valley. Each character is a new source of quests, resources, and probably annoyance. Especially Donald, since he randomly has temper tantrums paired with train whistle sound effects. But Donald Duck is a classic Disney character, and that means more than just completionists will want him hanging out around their villages. Here’s how to get him.

Related: Where to Get Potatoes in Disney Dreamlight Valley

Donald Duck, like the other characters you meet, is unlocked as part of Disney Dreamlight Valley’s story. All you have to do is keep following the story quests. Specifically, you’ll know you’re on the right track once you get to meet Kristoff in the Forest of Valor biome. You’ll get the quest Lost in the Dark Grove, in which you investigate the mysterious portal in the Forest. Make sure to grab the feather and flower in the small room, then report back to Kristoff to continue the quest.

You’ll be sent to Merlin, who will ask you to gather two emeralds and four Dream Shards. You’ll turn those and the two items you found in the Dark Grove into an Enchanted Feather. Take that back to the Dark Grove and the feather will lead you through the fog all the way to one Donald Duck. Talk to him to get the Orb of Courage, which you’ll place in the tower right next to the portal back in the Forest. With that situation resolved, you will see Donald back at home in the village. You might hear him first, but you’ll see for yourself what that means.