How to Unlock Casey Jones in TMNT: Shredder’s Revenge 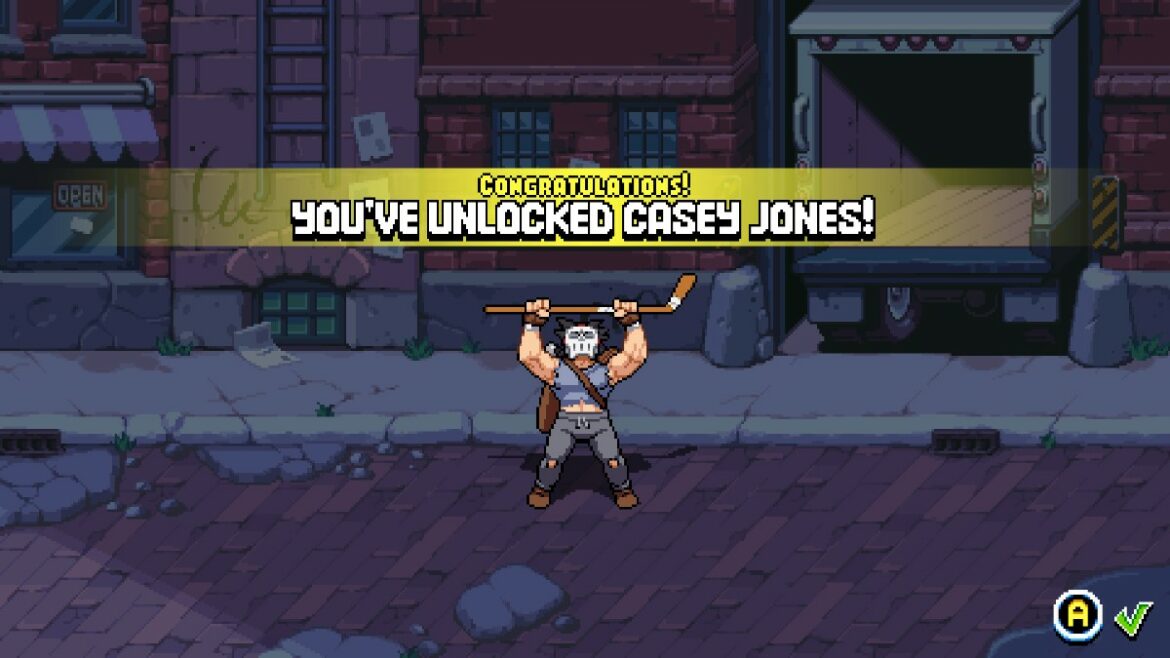 As we all know, Casey Jones is the final addition to the playable roster in Teenage Mutant Ninja Turtles: Shredder’s Revenge. And as we’ve mentioned previously, Casey Jones is also the only character you have to unlock. So what exactly do you need to do to unlock Casey Jones and start dropping ‘bows? Luckily it isn’t a complicated or difficult ask at all.

To unlock Casey Jones, you simply need to beat the game. I was rewarded this additional classic character as soon as I was done with my first run through story mode. There didn’t seem to be any conditions otherwise associated with the task, since I’m not enough of a sicko to aim for completion my first run through.

Once you have Casey Jones unlocked, you can pick him normally like any other part of the roster. His stats are three on range (matching Donatello!), then two on both speed and power. He’s definitely a lot of fun to play as, with his beefy stature and goofy sports equipment-based offense. Because of his range and speed, he’s great at dealing with some of the more annoying or difficult enemies, especially the motorcycle Foot Ninja who cruise across the screen.

If you’re waiting to hear about more unlockable characters, don’t get your hopes up. April and Splinter are available from the start alongside the titular turtles, so Casey Jones is the only bonus. Could we see DLC come sometime down the road? Dotemu certainly dropped a substantial post-release package for Streets of Rage 4, so it’s not like there isn’t precedent. Who else would be playable though? Tell us who you think should be included. Not in the comments, but like on Twitter or something.