How to Reroll in Tower of Fantasy - Prima Games
Tips 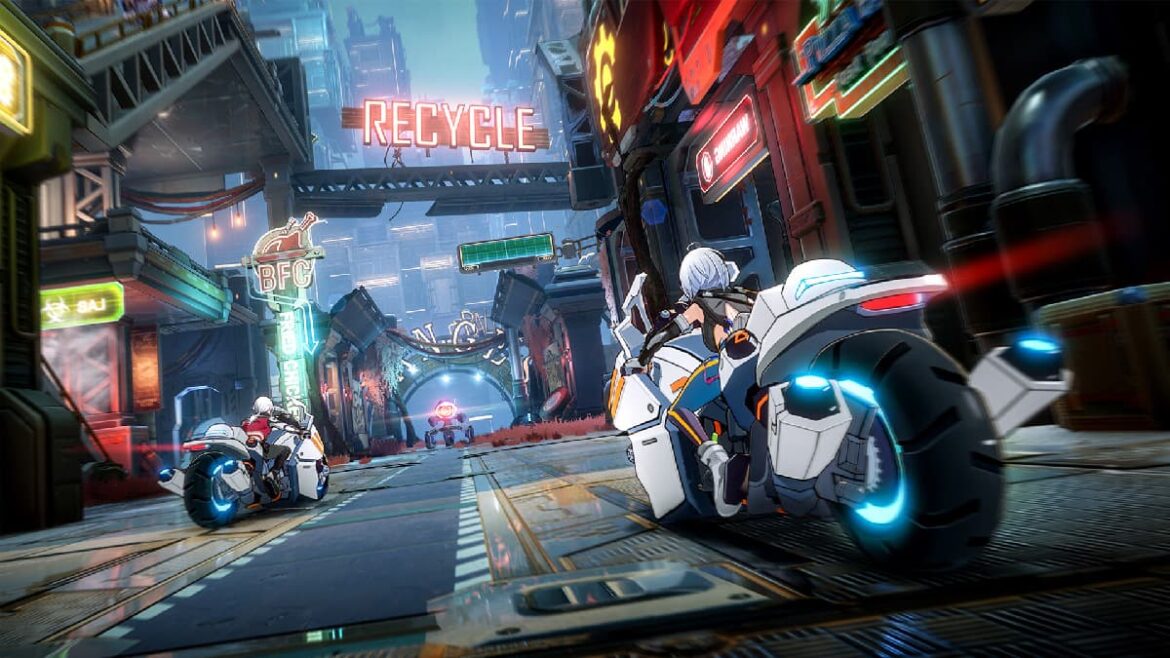 Rerolling – the act of creating multiple new accounts and repeating a game’s early stages over and over until earning the desired results. Wouldn’t be a gacha game without it, would it? Tower of Fantasy, the open-world MMO gacha developed by Hotta Studios, launched globally on August 10, and more than 4,000,000 pre-registered users are reaping the rewards for the massive support. To celebrate its launch, Hotta Studios is giving all new accounts a handful of Gold Nuclei to start drawing for those famed SSR weapons, but not every player is as lucky as others. If you’ve spent all your nuclei and have nothing exciting to show for it, read on, and we’ll explain how to reroll in Tower of Fantasy.

For every reroll in Tower of Fantasy, a new email address must be used to register an account. Make yourself a few dummy email accounts for free through Gmail or Yahoo! and set them aside for now. Each new account will have a registration code emailed to it, so you’ll need to be able to check these emails.

Before being able to unlock Tower of Fantasy’s gacha system, you’ll have to complete some introductory quests. Fortunately, most of the cutscenes are skippable, but not all of them. If you’re looking to blaze through this process, skip every cutscenes and mash your keys through the dialogue until you can proceed to the next step of your quests. Once you complete the quest named ‘Ecological Station Intruders’, the gacha system will be available, and you can start pulling.

Make sure to check your Event Rewards tab, Backpack, and Mailbox and claim all the available rewards offered to you. You should end up with at least 20 Gold Nuclei to get you started.

Related: How to Get Gold Nucleus in Tower of Fantasy

At this point, you should use all your Gold Nuclei and pull what you can. If you’re lucky, you may nab yourself an SSR Weapon right off the bat. If not, don’t give up just yet, as there are several Gold Nuclei scattered around the starting island that you can collect quickly.

Within those 20 orders you just did, you more than likely received a Composite Bow, also known as the Fire Bow. Equip this, as you’ll need a fire elemental weapon to retrieve some of the Gold Nuclei around the zone. Pull up an interactive map for Tower of Fantasy or check out YouTuber Volkin’s guide on the easiest path to follow for those extra nuclei.

If you grab those nearby nuclei, you’ll end up with 30 total orders including the 20 you began with. If you haven’t pulled an SSR Weapon by now, you’re very likely to on your 30th order.

If you still haven’t pulled an SSR Weapon, or you’re not happy with the one you got, you can refer back to step one and repeat this whole process. Simply exit the game, logout of your current account through the launcher, and use the next dummy email down the list. On average, the path from creating an account to unlocking the gacha system takes around 20 to 25 minutes. Not the quickest way to restart a game, but could be worth it if you end up with a valuable SSR.

You’ve exhausted all the dummy email accounts you can handle and still didn’t get the SSR Weapon you really wanted. Worry not, there’s still a glimmer of hope. Soon, players will be receiving an SSR Selector Box after completing some launch event challenges and milestones. As the name states, it’s a box that allows you to pick and choose an SSR Weapon from a selection of options.

If you were able to pull an SSR Weapon with your 30 orders, it might just be worth sticking with that account, as you’ll be able to choose an additional one before you know it.

Related: Is the Tower of Fantasy Daily Supply Box Worth It?

If you’re planning to reroll in Tower of Fantasy, hopefully this guide aids you in that process. We wish you the best of SSRs. In the meantime, stay tuned to Prima Games for more guides, tips, and news.