How to Open the Gate in The Dirge of Bilqis Quest: Genshin Impact 3.4 - Prima Games
Tips

How to Open the Gate in The Dirge of Bilqis Quest: Genshin Impact 3.4 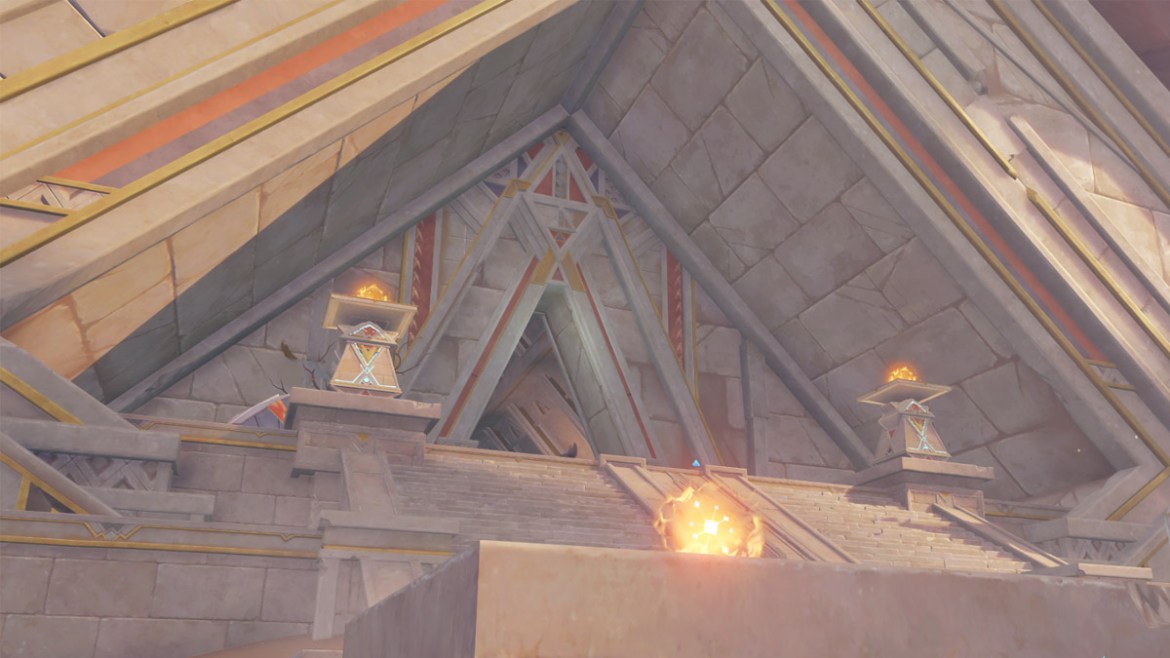 The new Desert of Hadramaveth area brings not only new hidden exploration objectives or horrific monsters for Genshin Impact players to fend off but lots of story content as well. The most important is a follow-up to the Golden Slumber line of quests introduced in 3.1 with The Dirge of Bilqis line, continuing the story of the eremite Jeht and our encounters throughout the ancient ruins of King Deshret.

And just like Golden Slumber, this quest is important as it unlocks lots of the hidden desert content, such as the closed gate in Safhe Shatranj and its puzzles are hidden down below. Here’s how to open the gates and proceed into this quest.

To open this gate leading to treasures, Dendroculos, and a lot of underground teleports, you need to start the aforementioned quest and play it to a certain point, in which you’ll be forced to explore this area.

After reaching the “The Temple Where Sand Flows Like Tears” step, you’ll come across Azariq in front of a closed gate with a strange red device next to him. There’s a cube covered in sand that you cannot interact with, and that’s your way into the temple.

You cannot dispense the sand with Anemo attacks, and the game goes as far as telling you that if you try it. But after speaking with Azariq, the red device will turn blue instead, indicating that it’s now accessible.

Related: How to Unlock the City of the Deceased Domain in Genshin Impact

The device will spin when it’s hit by a normal attack, so all you gotta do is spin it until the wind disperses the sand covering the cube. When you’re done interacting with it and the gates will open. Simple as that.

Be prepared to repeat this a lot while exploring the temple, as many of these devices are scatted around the structure and will be necessary in order to advance and/or to find hidden treasures in the rooms. In fact, your very next objective will be to activate similar devices, so good luck!