How to Get the Onyx Hippogriff Mount in Hogwarts Legacy

The clock is ticking 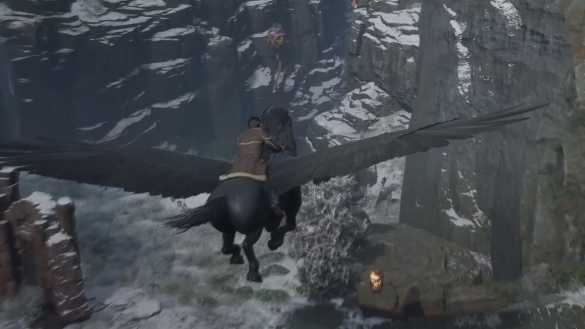 When you think about venturing around the Hogwarts Legacy map, one immediate thought is flying around on a broomstick. Another one, though, is using the dark, mysterious Onyx Hippogriff as a ground and aerial mount. This mount mainly gained some attention during the most recent gameplay showcase, where we saw footage showing its movement capabilities. The best part? You can get the Hippogriff too! If you’re interested in learning more, continue reading to discover how to get the Onyx Hippogriff mount in Hogwarts Legacy.

How to Get the Onyx Hippogriff Mount in Hogwarts Legacy

The Onyx Hippogriff mount is a pre-order exclusive that you can get after buying the Deluxe or Collector’s Edition of Hogwarts Legacy. It is one of two mounts you can get through this method, with the other being the Thestral Mount as part of the Dark Arts pack. Whether you get Deluxe or Collector’s Edition is entirely up to personal preference, but either way, it requires you to buy the game before its initial launch.

Related: Everything Included in the Dark Arts Pack in Hogwarts Legacy

While it’s important to note that the Onyx Hippogriff mount is currently only available as a pre-order bonus, that doesn’t mean it will stay that way. As of now, it isn’t available for purchase separately, but this may change after the game launches. However, no current information reveals that this is the case, making pre-ordering the safest bet. This is unlike the Thestral Mount, which is confirmed to be available alongside the Dark Arts Pack as an addition you can purchase separately after the game’s release.

Hogwarts Legacy will be available on PC, PlayStation 4, PlayStation 5, Xbox Series X|S, Xbox One, and Nintendo Switch through the official website. If you’re interested in learning more about the game, check out How House Sorting Works and Which Platforms Hogwarts Legacy Will Be On.