How to Get Regice in Pokemon GO - Prima Games
Tips

How to Get Regice in Pokemon GO

Who doesn't want a block of ice on their team? 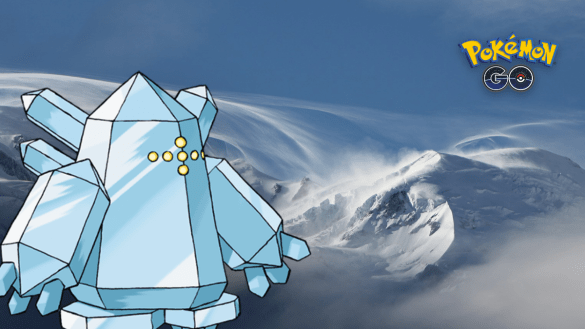 Zekrom? Reshiram? OId news. The block of the hour is Regice, the literal titan of the Ice Age, comprised of nothing than sheer frozen water and inhuman noises. It’s sleek, it’s powerful, and if you want it for yourself, here’s how to get Regice in Pokemon GO.

How to Get Regice in Pokemon GO

January 2023 has been full of fantastic Raid hours. But the Pokemon that will be dominating the next hour, Regice, feels more in theme for how devilishly cold it’s been for the past few days. You can expect it arrivae at a Raid point near you in the coming days. Here’s everything you need to know.

Regice will be featured on January 18 from 6:00 PM to 7 PM, your local time. During that timeframe, it will appear as a 5-Star raid, and it will also have increased odds of appearing as ✨Shiny✨. Though, to be honest, the Non-Shiny and Shiny Variant are… pretty similar. I guess Shiny Regice is deep ice?

If you want to take down this Ice Titan in the meager hour you’re allotted, you’re going to need some of the best Pokemon available in your arsenal, as well as a 2 or more people to Raid with.

Regice is particularly susceptible to Fighting, Rock, Fire, and Steel Type Pokemon. And the best Pokemon to bring to the showdown are:

Related: How to Get Larvitar in Pokemon GO

I know not everyone has had the good fortune to capture meta Mega Pokemon, so I did my best to include more standard Pokemon. These standard Pokemon have a higher time to win time (about double what it would take for Mega Charizard and Blaiken to win) but they can absolutely get the job done.