How to Get Primal Reversion in Pokemon GO - Prima Games
Tips

How to Get Primal Reversion in Pokemon GO

Will they change the meta? Let's hope so 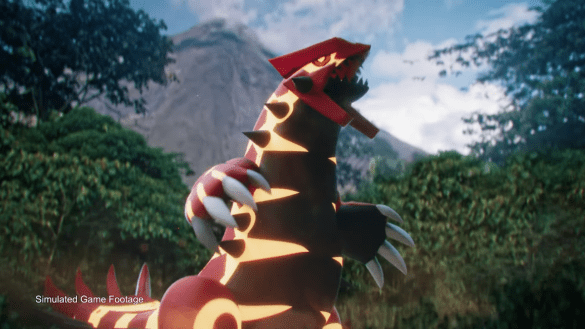 If there’s one event that’s been highly touted by Pokemon GO these past few months, it’s Pokémon GO Tour: Hoenn – Las Vegas. And that’s for good reason. Those taking part in the event will have access to an assortment of rare Pokemon, including Shiny Debuts and plenty of Legendary Pokemon. But there’s one new resource that you’ll want to get your hands on as quickly as possible. Here’s how to get Primal Reversion in Pokemon GO.

How to Get Primal Reversion in Pokemon GO

Since this is the season of Hoenn, it makes sense that the Pokemon in the spotlight are Groudon and Kyogre. But this year, Pokemon GO will be taking it a step further and allowing you to turn your Land and Sea Titan into their Primal variants… for a limited time. Here’s everything you need to know.

First, the mechanic in which you can convert either of these Legendary Pokemon is called Primal Reversion, which is a phenomenon powered by natural energy. By converting one of these Pokemon into their Primal Form, they get a chance to change their appearance and battle bonuses.

Those who are participating in the Pokemon GO: Hoenn tour will be the first to have the chance to obtain Primal Groudon and Kyogre, but it will filter out to the rest of the player base at a later (unannounced) date.

But to actually get your Kyogre or Groudon to enter their Primal form, you’re going to have to cultivate Primal Energy, which can be obtained by defeating Primal Kyogre or Primal Groudon in Primal Raid Battle or by completing specific research tasks. Likely the Special Research task Chasing Legends.

Related: How to Get and Use Weather Ball in Pokemon Go

Once you have enough Primal Energy, you can use it on Kyogre or Groudon to turn them into their Primal Forms… for a limited time. The Primal state lasts only 8 hours. But if that feels cruel, don’t worry. The more times your Pokémon undergoes Primal Reversion, the higher their Primal Level will become. This will grant that Pokemon more bonuses, with their being 3 total levels to grind through. And the more times they change into their Primal form, the less Primal energy that Pokemon will need.

All Bonuses for Primal Kyogre and Primal Groudon in Pokemon GO

While your Pokemon is in their primal form, you’ll also get a host of bonuses. These include:

It sounds like getting a Primal Pokemon of your own (and the Primal Energy needed to reach Reversion) Will be quite the challenge. But Primal Kyogre and Groudon certainly look worth it.