How to Get Caught By the Police in Goat Simulator 3

How to raise your wanted level instantly... 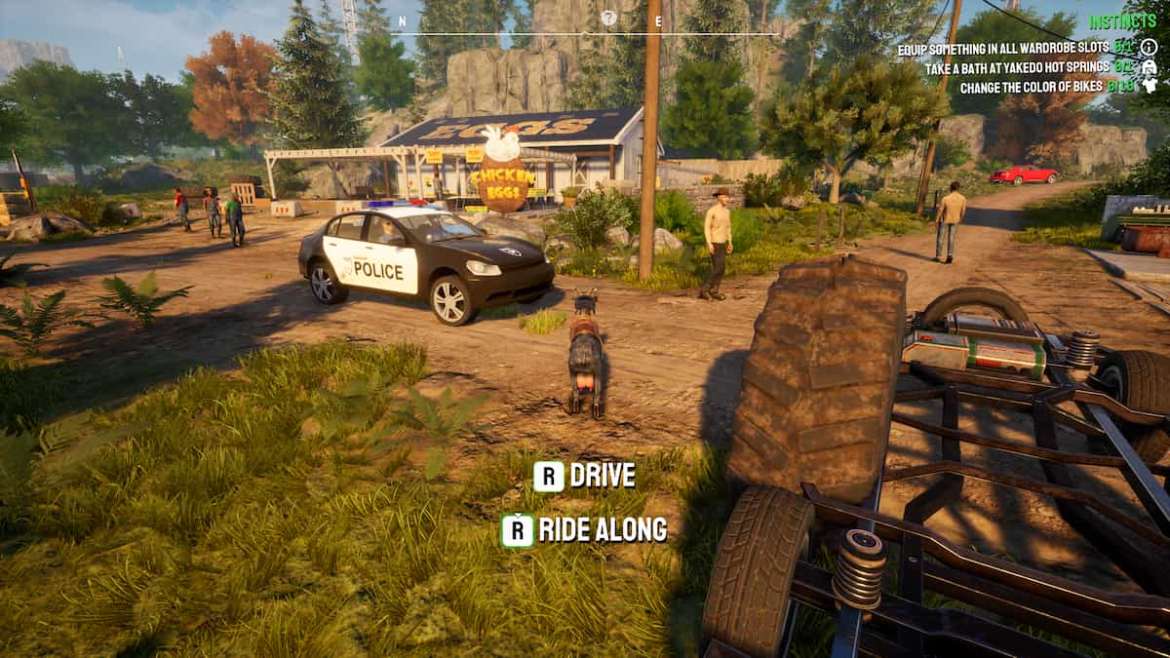 Goat Simulator 3 has a seemingly endless amount of Instincts and Events that you can complete, and one of them, logically (given the game includes endless parodies of pop-culture and gaming phenomenons) involving you getting caught by the police, Grand Theft Auto style.

There are law enforcement officers patrolling the island and here is how you can get caught and arrested by them in order to complete this Instinct in Goat Simulator 3.

How to Get Arrested By the Police in Goat Simulator 3

Getting arrested in order to complete the “Get Caught by the Police” Instinct is not as straightforward as it is in Grand Theft Auto, Saints Row, Mafia, and other similar games, because the police officers won’t exactly be prompted to arrest you after performing actions that would get you arrested in other titles.

The easiest way for you to get caught three times is to find a police officer, and start ramming him. This will make them chase you and throw shackles at you. If the police officer(s) is in the car, you should approach the car and try to carjack it. Ramming the car while it’s being occupied by LEOs won’t provoke them.

Related: How to Enter the Wolfenstein Level in Goat Simulator 3

It’s important to note that there are absolutely no consequences for you or your character after getting caught by the Goat Simulator 3 Police Department. Basically, when the shackles are thrown at you, you will be immobilized for a few seconds and then you can jump again and provoke another arrest, which makes this challenge doable in less than a minute – after you find the police officers, of course. Police officers may carry you for a few yards or so, but that’s also not a reason for concern.

Where to Find the Police in Goat Simulator 3

During our gameplay, we sadly didn’t encounter too many Police Officers, so this took us a couple of minutes. No worries, though! You’ll eventually find a police car occupied by one or two police officers who are driving around the island, patrolling and keeping an eye on shenanigans you are committing as a Goat. It might be a decent idea to snag a vehicle and drive around the roads until you inevitably, at some point, run into an officer.