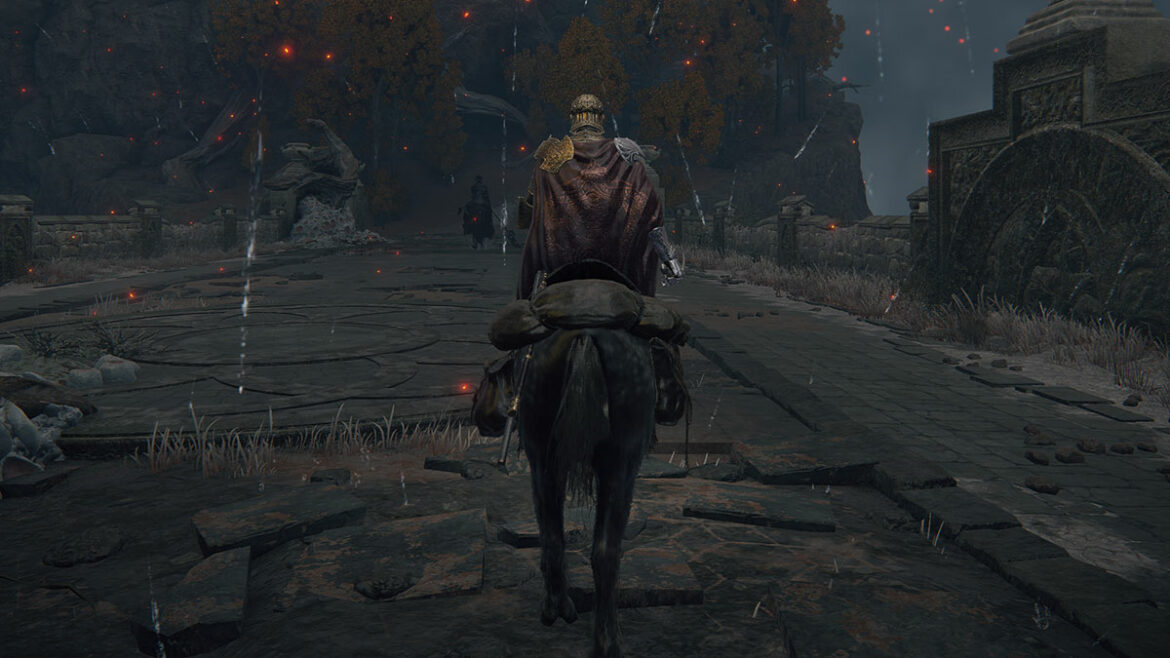 Bloodhound’s Step is an Ashes of War in Elden Ring that melee-focused players will want to get their hands on. It will grant a brief window of invisibility while dodging, granting plenty of I-frames to skip past incoming strikes and damage. Even better, you can equip it on any melee weapon in the game, so it is not overly build-dependent like some other Ashes of War.

There is only one place to get the Bloodhount’s Step in Elden Ring, and that is by defeating a specific Night’s Cavalry boss. This one can be found in the Caelid region, on the bridge to the north of Lenne’s Rise. The Knight’s Cavalry will only appear here at nighttime, so if you need to, you can use the Site of Grace at Lenne’s Rise to pass the time until then.

Knight’s Cavalry is an awkward boss to fight, and it is a good idea to rely on Torrent during this fight. You can effectively joust the boss, dashing close on Torrent, jumping incoming attacks, striking the boss a couple of times, then ducking out again. You can also use attacks that will cause status effects, such as Poison Pots, as they will burn down the boss over time. Make sure you pounce if you dismount the Knights Cavalry, as you have a narrow window to take advantage of before it resummons its steed again.

How to use the Bloodhound’s Step Ashes of War

After they have been added to a weapon, you can activate the Ashes of War the same way you do all the others, but flicking the analog stick will dictate the direction you dash in.

“A skill that allows the user to become temporarily invisible while dodging at high speed. It moves faster and travels farther than a regular quickstep. This skill can be used to circle around lock-on targets.“