How to Get (and Defeat) Floatzel in Pokemon GO 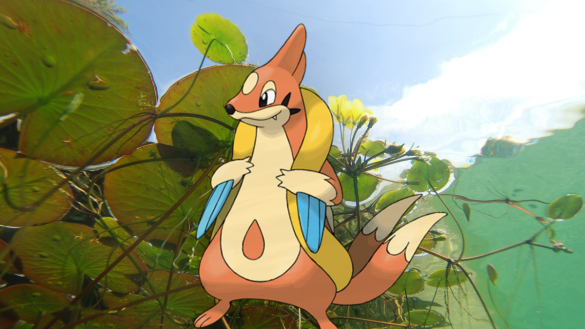 Floatzel was released without much fanfare a few years ago in Pokemon GO, but how can you get your hands on it and how hard is it to defeat? Here’s everything you need to know about how to get Floatzel in Pokemon GO.

How to Get (and Defeat) Floatzel in Pokemon GO

First things first, Floatzel is available in Pokemon GO and yes, it can be Shiny! But if you’ve seen its name floating around a bit lately, it’s for one reason. It’s one of the main bosses in 3-Star Raids at the moment, alongside Wigglytuff, Shuckle, and Druddigon. Floatzel will remain in Raids from now until January 25, 2023, 10:00 AM local time.

So, if you want a Floatzel of your very own without having to go through the process of getting 50 candies for your Buizel, this is the way to do it. Otherwise, your best bet is to find Buizel near any watery biomes, like lakes, rivers, or the sea, and gain enough candies to evolve it.

As for how to defeat Floatzel in a raid, here’s everything you need to know.

Floatzel is a pure Water-Type Pokemon that takes super-effective damage from Grass and Electric Type moves, but can prove devastating against Rock, Ground, and Fire-Type Pokemon.

You can expect it to have the following move pool:

Since Floatzel doesn’t have much coverage, you can bring almost any super-effective Pokemon against it, though I would recommend a Grass-Type Pokemon with Sunny Weather, as this will give your Grass attacks an added boost.

Floatzel is also a Raid boss that you can consider soloing. Soloing 3-Star Raid Pokemon can be challenging, but with the right team of Pokemon (Grass and Electric) at the right CP, you should be fine. And if you really want to do commit to the overkill, bring pretty much any Legendary or Mega Pokemon to the fight, and you’ll win it easily.