How to Fix Armor Sets Disappearing in God of War Ragnarok

Where'd I put that thing? 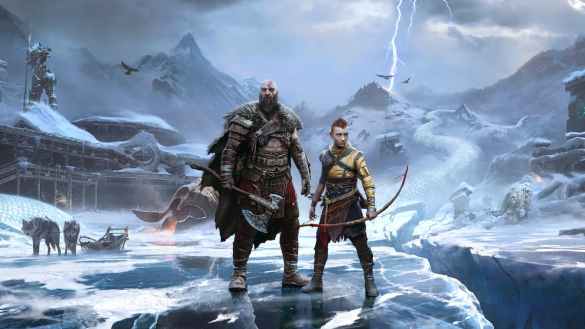 Santa Monica Studios’ immensely anticipated action-adventure sequel has been released on PlayStation 4 and PlayStation 5 with incredible reception. God of War Ragnarok sits at an impressive score of 94 on OpenCritic, only slightly under Elden Ring, and is on its way to becoming one of the highest-rated games of 2022. Though its launch has gone relatively smoothly for a major AAA title, it’s not without its faults, and players have already begun reporting and discussing various issues they’re encountering. Specifically, players are wondering how to fix a glitch where God of War Ragnarok armor sets are disappearing. That seems pretty important in a game where you’re face-to-face with mythical beasts that want to tear you apart. Keep reading to find out more.

Related: How to Fix Light Flickering Glitch in God of War Ragnarok

How To Fix Armor Sets Disappearing in God of War Ragnarok

Unfortunately, there doesn’t seem to be a guaranteed solution for fixing your armor sets from disappearing, but there are a couple of methods that could possibly help you out. The glitch, which was also present in 2018s God of War, seems to be a result of players leaving their consoles in Rest Mode and returning to the game to find a lack of armor around Kratos.

Try these steps out to see if it helps return your armor to you:

Santa Monica Studios is surely aware of the glitch happening and is likely working on a patch to fix it. So, if you can’t seem to get rid of the bug, you may just have to wait a little longer until a patch arrives. For more information on God of War Ragnarok, check out our other guides here at Prima Games.