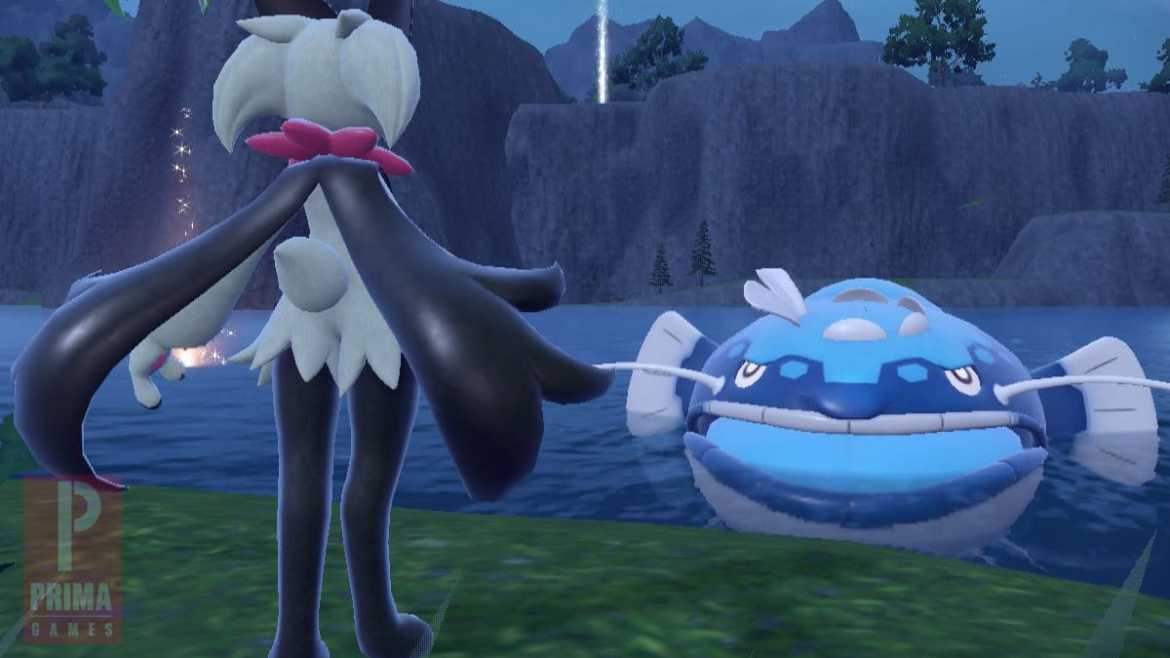 As you progress through Pokemon Scarlet and Violet, you’ll fight more and more Gym Leaders, Titans and Team Star bases to finish the main story. Regardless of your routes, you’ll eventually stumble upon the False Dragon Titan, a massive Dragon-Type Pokemon that resides around an island. Where, exactly, does it live, though? If you’re interested in learning more, continue reading to discover how to find the False Dragon Titan in Pokemon Scarlet and Violet.

Before tackling this Titan, there are two main points to note. The first is to make this the fourth or fifth Titan you slay. Alongside the Quaking Earth Titan, it is the most challenging Titan in the game and will easily wipe out your party if you’re under-leveled. A safe bet is to have your party average to around level 40-45, if not higher.

The second point is to make sure you unlock Koraidon/Miraidon’s swim ability. You’ll gain access to swimming after defeating your second Titan. Since the False Dragon Titan is in the middle of a massive lake, having this ability will help you immensely. Access to high jumps and gliding is a bonus, but you’re not required to use these.

Related: How to Evolve Shroodle into Grafaiai in Pokemon Scarlet and Violet

With all that out of the way, you’re ready to find the Titan. Head toward the False Dragon Titan icon on your map until you reach the far-right island in Casseroya Lake. However, when you get to the island, you won’t see any Titans right away. Instead, you’ll find a bunch of small fish sitting on the surface, followed by a quick message from Arven. He’ll exclaim that the Titan is difficult to find and wishes someone would just scream the answer. Surely this wouldn’t happen, though, right?

This is exactly what you’re looking for.

Walking around the little island, you may notice that the small fish have small pop-up phrases above their heads. As you walk around, you’ll find one yelling, “Taitaan!” Yep, that’s right. It’s yelling Titan. Interact with this fish to have Dondozo, the False Dragon Titan, appear shortly after.

Once Dondozo appears, your Titan battle will begin! Unlike previous fights, this battle has three phases, so make sure you have plenty of strong Pokemon and items to help you out!