How to Fast Travel in Sonic Frontiers - Prima Games
Tips

How to Fast Travel in Sonic Frontiers 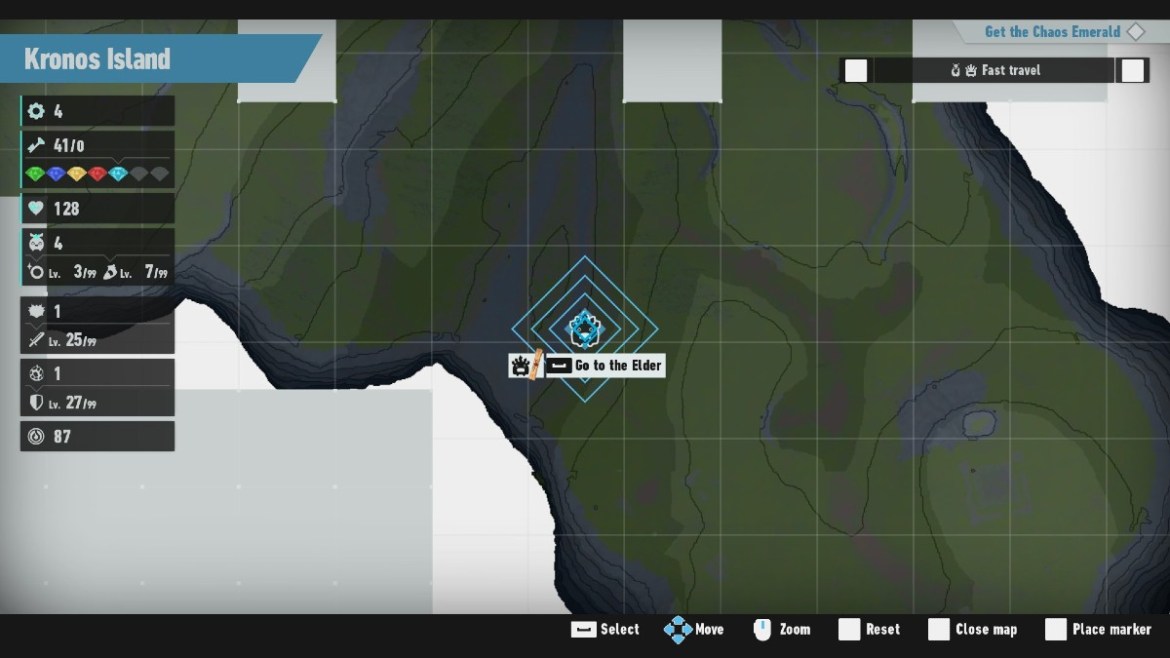 I’ve been loving Sonic Frontiers from the jump. But like another game I’ve been playing this year, sometimes you run into some obtuse or poorly-explained element. In Sonic Frontiers, I think that element is definitely fast travel. There’s absolutely a fast travel mechanic in this game, but the way it’s introduced is kind of weird and might not even show up for several hours depending on your play style. So if you’re still trying to figure that out, here’s how to unlock fast travel in Sonic Frontiers.

Fast Travel has two different states, in a manner of speaking. Arguably there are three, but that third one is a stretch. First, in order to unlock actual for real fast travel, you need to find Big the Cat. That’s where the fishing minigame comes in, which we’ve explained how to unlock here at Prima Games. You can catch a couple scrolls, one for the Elder Koco and one for the Hermit Koco. Once you have those items you can instantly teleport yourself to those characters if you’ve found ‘em.

To actually fast travel once you get it, there’s a bit of a fumbly thing you have to do. Open the map, then use the bumpers to sift through the icon filters until you get to Fast Travel. You can’t just do it from the high-level map for some reason.

The second “state” of fast travel concerns the Cyber Space Portals. These are also fast travel points, but not until you’ve completed the map for the area you’re in. So if you end up having the game tell you the portals are for fast travel well before you find fishing (yep, me, this happened to me), don’t be confused. Big will show you the way.

Finally, the weird third option. As you advance in the game more rails floating in the sky like all the others will appear, including sections that move you from one major piece of the map to the others. It’s sort of a shortcut system to help you get around faster before you can fast travel. So it’s like a… fast-ish travel. Yeah.