How to Evolve Tarountula into Spidops in Pokemon Scarlet and Violet

Imagine this Pokemon trying to assassinate you from a tree branch 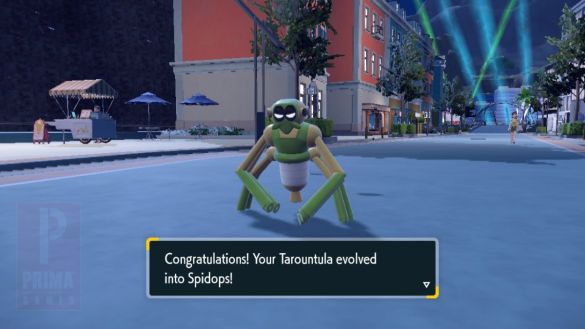 There are some Pokémon that simply define the game. The Pokémon that you encounter early on in your routes, that becomes a core part of your beginning team. The Pidgeys and Butterfrees of the team, who valiantly give it their all against the first Gym Challenge and occasionally stay by your side, all the way to the Pokémon League.

Will Tarountula and its evolved form be that for you? It’s all up to personal preference, but it’s likely that you’ve met this yarn-ball bug early on in your journey while traversing Poco Path. If you’ve added it to your arsenal, you might be wondering how difficult it is to evolve this adorable spider Pokémon.

How to Evolve Tarountula into Spidops in Pokemon Scarlet and Violet

Fortunately, if you have Tarountula on your team, you won’t need to worry about an overly complicated evolutionary method. You only need to level it up to level 15, at which point it will evolve naturally.

Related: How to Get Varoom in Pokemon Scarlet and Violet

Spidops, like its pre-evolved form, will spawn at any time of day and prefer forests and bamboo biomes the most. And while its Shiny form isn’t as cool as Tarountula, it is black and pink, which isn’t bad.

Prima Games is your source for all Pokemon Scarlet and Violet-related Pokemon-catching guides, mechanics, and questions. Check out our other great articles here.