How to Complete the Special Training Fungi Challenges in Genshin Impact 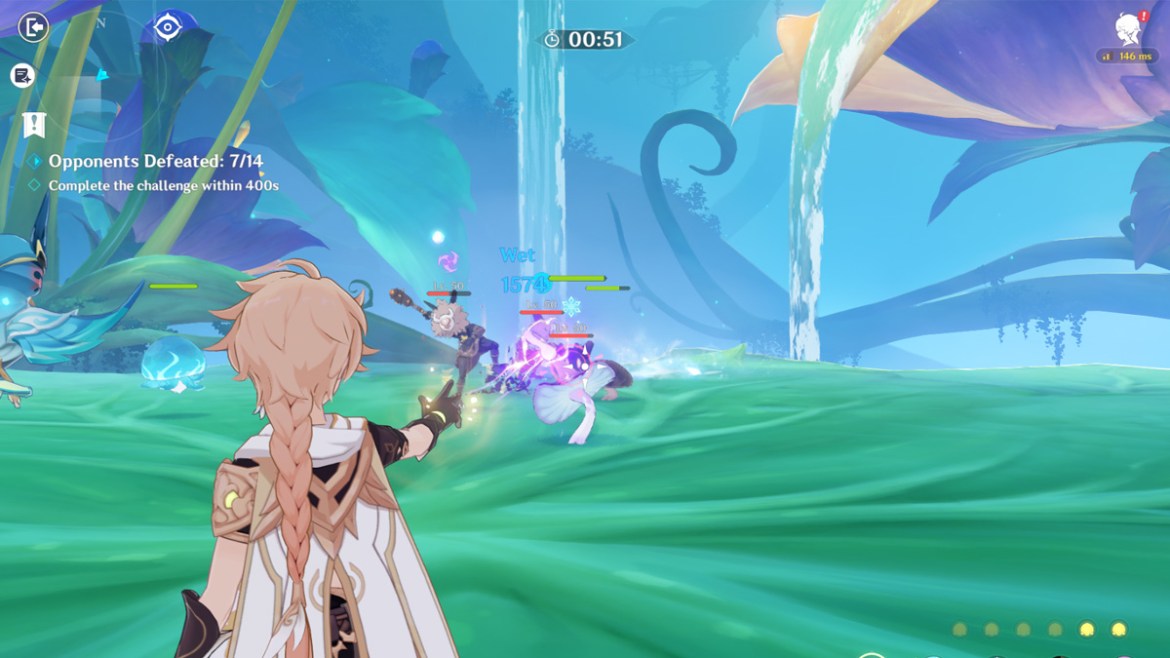 Remember all those Fungi you captured and nurtured, honing their skills while waiting for the best moment to strike? The moment is now, so go and put them to the test in the Special Training challenges from the Fabulous Fungus Frenzy event of the Genshin Impact 3.2 version. Instead of having a Fungi battle, you’ll train with Hilichurls and other enemies first.

Use this mode as a way of practicing how to use your Fungi in battle before officially entering the tournament. There are a total of 10 available Fungi, giving you lots of different possible team compositions and strategies to choose from. Here’s the perfect training field, so make good use of it.

In order to be a real Fungi master, you must be able to both attack and defend yourself. For that reason, the Special Training sessions are divided into Coordinated Assault and Zone Defense trials. While the former gets you to defeat all enemies as quickly as possible, the latter is a classical Monolith defense stage in which you strategically manage your mushroom friends.

You cannot directly attack and your Fungi will do the work for you. You can press E to choose a target for them to focus their attention on, and use the numbers to activate their skills. To recharge those, make sure you’re grabbing the Plauditory Protections (small brown leaves) that appear on the battlefield.

In order to get maximum rewards, your goal is to get at least 2000 points in each. Points are given for having a swift clear on Assaults or due to effective protections on Defenses.

Get your best comps and attack! Combine both supportive with offensive skills to make small work of your enemies.

The first challenge is as easy as you can expect. Use the first stage to get used to your actions and commands as it doesn’t have any remarkable foe. Target down the shielded Mitachurl during the second phase and make sure you’re locking him down with Cryo skills, but beware of the Hydro Samachurls as they can heal their comrades.

For the final round, your best choice is to rely on the Geo Fungus’ skills as they deal the most damage and have special armor-removing proprieties against the Stonehide Lawachurl. Keep spamming his skill as soon as it refreshes and throw some buffs from the Electro Fungus as well to speed things up.

This trial recommends you use Dendro and Pyro Fungi, and they’ll help you a lot in these ordeals. The very first stage can be easily dealt with Pyro alone as there are only Cryo and Hydro Slimes, just remember to focus on the big ones first. The same rule goes for Hydro Abyss Mages stages, and Dendro reactions are welcome here.

The final round has once again a Lawachurl, but a Cryo one this time, so bring your fire weapons again. Hydro could be helpful due to triggering occasional Vaporizes. Just don’t bring any Cryo Fungi and you should be fine.

You surely have already noticed the Recommended Fungus at the corner of the screen. Well, that isn’t just for show. The Anemo Fungus make all of these challenges a lot easier, so start using them. Having Cryo is good for slimes, but switch it out by the later stages. Double Pyro + Hydro is a good call in the last phase, where you should try to burn the Ice Mitachurl along with the weaker ones by gathering them with skills.

No recommended guidelines, but no problem either! You should already have all the Fungi unlocked, so you’re probably getting used to commanding your Pokémon by here. Anemo is a must in all stages (except the last one), and Electro + Cryo trivializes the Whopperflower stages a lot. Geovishap may give you some trouble, but bring Pyro Fungi against him and focus on Overloading/Vaping him down.

A Ruin enemy is always annoying, but Vaporise and Melt will easily dispose of it. In the second round though, use two Pyro units and focus on defeating the smaller Hilichurls first as they’re the most annoying. Anemo for the win! The final Geovishap has Pyro as its element, so Cryo + Hydro is the best call, together with an Electro DPS and the Dendro Fungus.

The situation’s slightly different here, but you already got the gist of it. Crowd control skills will be your best friends here, so build your teams with that in mind.

The most effective way to deal with these 4 waves is to use the Geo Fungus once again. Target the middle archer and use his skill as soon as you can. Not only it deals a ton of damage for all of the enemies around it but also knocks them up, making this challenge a breeze.

For scoring 1000 points in Precise Firepower, you also get 1200 extra Battle Pass Points.

Differently from what you would expect, the goal here is to go for the minor enemies first. The regular Hilichurls will instantly focus on the Monolith, so instantly kill them with a Geo or Pyro attack. The Hydro Abyss mage will always be around your mushroom buds trying to annoy them, but one Cryo skill is enough to stop him. Rinse and repeat it three times and you’re gold.

Anemo + Double Pyro + Hydro is a good call, but you can also rely on freezing the Specters to stop them from hitting the monolith so hard. Geo’s not as great here as in previous stages due to them being flying enemies. Just need to change things a little bit and you’re gold.

Immediately use your gathering Anemo skill before anything else. If done correctly, the slimes will most likely die in the first batch, leaving the lone Whopperflower to its own imminent demise. Dendro and Cryo are good calls here, but anything will work.

As always, the best call is to focus on minor annoyances first. Bring a Pyro Fungus for burning the Mitachurl’s shield as quickly as possible, and it should naturally go down as you focus on the archers along the way. There’s only one of them, so it won’t be an issue.

And these are the challenges you can tackle for some quick prizes in the event. If you’re having trouble, consider going back to unlocking your Fungi potential through the Floral Jelly minigame.