How to Complete the Mission Operation: Son of Saturn in Destiny 2 - Prima Games
Tips

How to Complete the Mission Operation: Son of Saturn in Destiny 2

One way or another, we're going to get Rasputin back 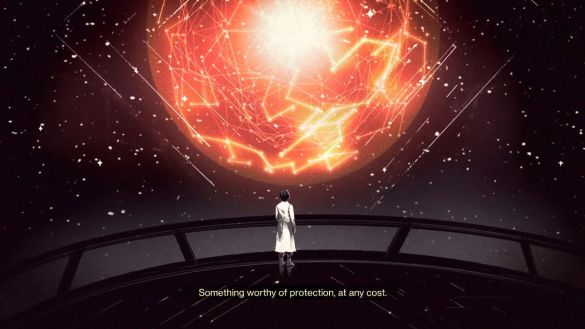 It’s a new week, and that means we edge a little closer to restoring Rasputin. Ana Bray now sends us to the Cosmodrome, to obtain the fractured pieces of Lord Felwinter’s Ghost. Rasputin separated a part of himself to create an independent AI that went on to become the storied Iron Lord. And while Lord Felwinter has seen his final death, it’s possible that the memories contained in his ghost might be the answer to restoring Rasputin.

Here’s your guide on how to recover those shards before they fall into the wrong hands.

How to Complete the Mission Operation: Son of Saturn in Destiny 2

You’ll land in an arena that will probably be familiar if you’ve played your fair share of crucible. It’s a fairly small map and you’ll be tasked with defeating the Fallen that have swarmed the area. Turns out they intercepted your transmission and are now attempting to gain the shards before you.

Kill them all off and follow the stone path towards the abandoned-looking tower shown here. You’ll primarily face Vandals and Dregs, but they’ll occasionally be a Captain that spawns. Take them all out, and Rilliks, Instrument of Xivu Arath will land. This yellow-bar Captain isn’t as tough as it looks (it doesn’t look very tough). But it does have a Servitor. Dispatch the Servitor and take it down. You’ll be bombarded with a few more waves of Fallen enemies, including a few Servitors.

Once you’ve defeated the Fallen waves, re-light the flames of the Iron Banner to show your respect. One will be where you defeated the yellow-bar captain. The second bonfire can be lit in the dome building nearby. The third and final bonfire can be lit on the open bridge beside the cliff area. You know, where all the snipers like to camp in the crucible.

Light it, and Osiris will admit he knew Lord Felwinter. It’s clear that he’s struggling with his new mortal lifespan. But A+ for character development.

Now that the bonfires are lit, we can head to Felwinter’s Peak. We’ll need to cross the bridge and search the Temple grounds. Cabal will be guarding it, along with their cute War Beast pups. Don’t head inside yet. Instead, go right and investigate the pillar which is marked by ropes and prayer flags.

Now head left, towards the work area. Investigate it, and you’ll get a bit more conversation between Osiris and Ana. With this done, you can finally head to the giant doors of the temple and investigate it. You still won’t be able to enter, but that’s okay. The Ghost isn’t inside.

Rather, head again to the right, this time to the stone bed surrounded by candles. Here is Felwinter’s Ghost, Felspring. Investigate it.

Attempt to upload it, and Rasputin will speak to warn you about a grave danger. You’ll then get a cut scene and a truth we all suspected but now have confirmed: Clovis has always been a wolf at the door. But now he’s found his way inside.