Finally, all of the weird musical dipyramids belong to me 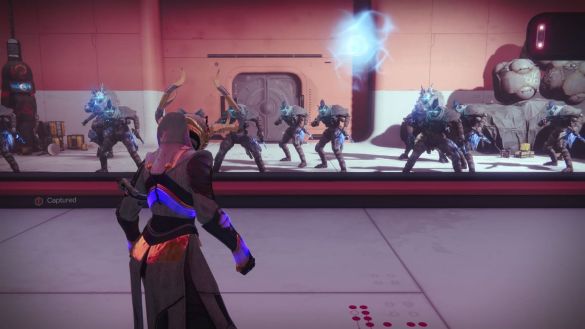 If you’ve been grinding out the triumphs for the Season of the Seraph, finding the last four Warmind Nodes is essential. Important to note that even if you’ve found the previous 20 Resonance Amp locations, you won’t be able to get an “Orbital.Engineering” location until you’ve completed Operation: Seraph’s Shield at least once. And, even then, there is no guarantee that you’ll get the Resonance Amp locations for Seraph’s Shield in order.

Here’s how to find all four in Destiny 2.

Once you gain access to the engineering shafter with the Servitor, turn left. You’ll see a platform. Jump on it, then look up. There will be two more platforms you can ascend. Do so, and you’ll find the Warmind Node on the highest platform.

Continue through Seraph Station until you reach your first Hive encounter. The room will contain a Knight, an acolyte, and a side section of servers that are steeped in red light. Clear out the Knight and Acolyte, and a horde of Cursed Thrall will assault you. Once you clear these Cursed Thrall, head towards where they spawned, in the red room, and you should find the Warmind Node.

After you’ve been kidnapped and escape the Fallen Ketch, you’ll platform your way back to Seraph Station. In the room where you fight the giant Hive Boss (the same Hive boss that summoned the three Brigs), is the next Warmind Node. In this room, there will be a short corridor with lasers. At the end of the corridor will be the Warmind Node.

The lasers are on a timer. When they begin to thin, they’re about to vanish. Use that to help you time your way across toward the Warmind Node.

Once Praksis falls, you’ll be instructed to head into the now accessible adjacent room, towards a large desk in the center of the room. Beside this desk, on the left side near a pile of rubble, will be the final Warmind Node.