All Resonance Amp Locations in Destiny 2

It's a scavenger hunt, and the prize is guns 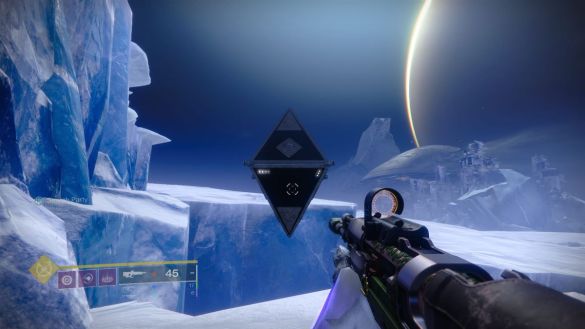 The Season of The Seraph has come to Destiny 2, drawing Guardians ever close to the cataclysmic battle between Light and Dark in the Lightfall Expansion. But as foreshadowed events begin to finally unravel, there are more than a few things beyond the storyline to keep Guardians occupied.

Among these are triumphs and unlockables. Upon completing the early missions of the Season of The Seraph storyline, Guardians will begin obtaining Resonate Stems. You’ll obtain a Resonance Amp by combining four of these Resonate Stems.

Resonance Amps will then provide you a description of a planet and an area on that planet. By searching in that vicinity, Guardians will hear the telltale sign of a musical octahedron called a Warmind Node. Interact with it, and you’ll obtain a Season weapon and 3,000 Glimmer.

Here’s your guide for finding all 20.

All Resonance Amp Locations in Destiny 2

Important to note that as you combine Resonate Stems, the Resonate Amp location you’ll receive won’t be in any particular order. The very Resonate Amp I received was Europan Warmind Node 2.

Music Theory I – All Warmind Nodes on Europa

Head to the Beyond Landing Zone near the Exo Stranger, then immediately head East. There is a long, snowy corridor to the right of the Exo Stranger, which you can access if you jump across the gulch. Follow it to its very end and find the Warmind Node.

The absolute easiest Warmind Node on Europa. Head to Charon’s Crossing. Don’t head inside the building. Instead, keep right and hold close to the ledge. You’ll hear the Warmind Node’s music. Jump down the ledge to find it.

Head to Charon’s Crossing Landing Zone, then go left towards Cadmus Ridge. You’ll notice black rods lining the left side of the path towards the ledge. When you see the very last black rod, and you’re about to enter Cadmus Ridge, jump off your sparrow and head towards the black rod and the edge of the cliff. Right below the rods will be a narrow ledge. Jump down it and head to its end, towards Cadmus Ridge. You’ll find the Warmind Node.

Head to Charon’s Crossing Landing Zone, then take the straight / right path to head towards the Asterion Abyss. Referring to your map, you’ll see a geometric vex structure in the center of the Asterion Abyss. The Warmind Node is tucked into this structure, but it’s difficult to find.

Related: All Triumphs Needed to Unlock Season of the Seraph’s Seal in Destiny 2

Follow the icy path up this structure until you reach it ends with a drop. Immediately get off your Sparrow and turn around. Behind you, in a tucked ice-sheet alcove that abuts the geometric vex structure, will be the Warmind Node.

Head to Eventide Ruins Landing Zone, then immediately turn right. You’ll see a cliff beside you. Jump down onto the ledge hiding beneath its edge, and you’ll find a cave to your left. Enter, and you’ll quickly see the Warmind Node on your left.

Head to Eventide Ruins Landing Zone, then immediately jump on your sparrow and head left. You’ll see a dome that’s been almost completely buried in the snow but with an entrance that’s immediately accessible. Enter this building, and you’ll notice that there are metal crosswalks above you. Jump up to them, and the last Warmind Node for Europa will be waiting for you.

Music Theory II – All Warmind Nodes on the Moon

Head to Sanctuary, then zoom straight to Archer’s Line. If you look at the map, you’ll be headed to the somewhat broken circle to the East of Archer’s Line. This circle is a dome that has two floors. Head up to the second floor and find the Warmind Node.

Warmind Node 2 can be a challenge to find. Spawn into Sanctuary, then head towards Archer’s Line. Follow the Crevasse until you see a Lunar Rover, then (carefully) work your way into the rock outcropping within the green-tinged crevasse.

Spawn into Sorrow’s Harbor, then go South to the Hellmouth. Once you’ve entered the Hellmouth, keep right. There are layers to this area, and the Warmind is likely beneath your feet. Wait until you find an opening downward. Beneath this rock shelf ceiling is a cave containing the Warmind Node.

Related: All Secret Chest Locations in Destiny 2’s Spire of the Watcher

From Sanctuary on the Moon, head North towards Archer’s Line, then immediately turn right. If you’re referring to your map, you’ll see that there’s a circle in the center of Anchor of Light. This is our destination. Head there, and you’ll find the Warmind Node against the far wall.

Easily the most difficult to find on the planet. Head to Sorrow’s Harbor by Landing Zone. Once you spawn, immediately go forward towards the east. You’ll want to pass the main flight of stairs towards the Scarlet Keep, then the smaller flight of stairs. When you hit the giant Altar of Nightmares just to the right of the stairs (if you are facing towards the Keep), you’ll want to head North, towards the Keep walls. There, in the wall, will be a cave. Head into the cave. At the end will be the hidden Warmind Node.

While Sorrow Altar Recess might be the hardest, Sanctuary Stage is the easiest. Land in Sanctuary, then head past Eris Morn. Behind her, on a narrow outcrop, is the Warmind Node.

These Warmind Nodes are currently available as of December 12, 2022. Music Theory III, and the associated nodes locked behind Operation: Seraph’s Shields, will be available on December 20.