Nothing's sweeter than a hail of bullets 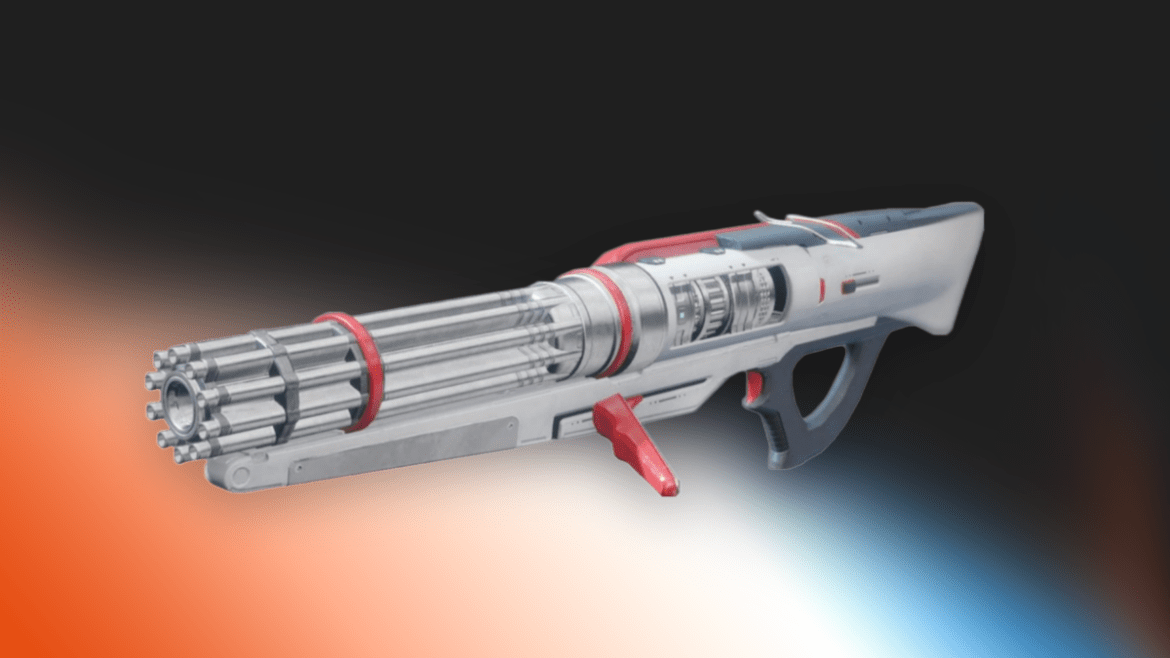 If there was one Exotic Weapon that defined my time as a New Light, it was Sweet Business. Sweet Business is an assault rifle with fantastic stability and a nice hefty magazine that will happily reload itself, so long as you’re feeding it purple and green blocks. And when you’re in early-game, it can make you feel unstoppable. But if you want to get it, you’re going to need to finish a quest first. Here’s how to complete the exotic quest, The Queen Beckons, in Destiny 2.

Sweet Business has been a sweet prize since Season 1, but for the Witch Queen Expansion its quest has gotten a facelift. And if you’re hoping to get as many quests out of the way before Lightfall strikes (wise move), you’re definitely going to want to speed your way through this one.

Fortunately, it won’t be too difficult.

First things first, you actually need the quest. You can grab it by speaking to New Light guide, Shaw Han in the Cosmodrome. Shaw is very accessible, as he’s extremely close to the fast travel point in The Steppes. You’ll find the Exotic Quest in his inventory.

Once you have the quest, you’re going to need to defeat 100 enemies. I recommend heading straight to the Moon and to Sorrow’s Harbor. Here, there are endless waves of enemies to fight. Just head to the closest Nightmare Altar and start mowing them down.

Once you’ve destroyed 100 enemies, you’re going to kill 50 enemies… with your Super or class ability. That’s… significantly more tedious. You can stay in Sorrow’s Harbor and work meticulously with your grenade and melee ability to try to mow down knots of Thralls. But another good option is to bounce around a world with a large map and lots of quick travel points, like Nessus or the EDZ, and bounce from Public Event to Public Event. This will allow you to charge your Super Quickly. Either way, you should be done soon enough.

Once you’ve taken out enough enemies, you’ll be instructed to speak to our ship mechanic, Amanda Holliday, in the Tower Hangar. She’ll then give you your next mission.

Now, you’ll need to head the Throne World to defeat 100 enemies and complete 3 Public Events. Prioritize completing the Public Events first, and you’ll likely see that the number of enemies you’ll need to kill will be very manageable. But if you’ve managed to complete all 3 Public Events and still need to genocide a ton more enemies, let me recommend the Lost Sector, Extraction, in the Quagmire. It’s fairly easy to access once you know where it is, and in the room with the locked rune door, you’ll have the chance to farm waves of enemies.

The best way to get waves is to step on one of the plates, but don’t let it fully charge. Step off of it when the first wave of enemies comes. Rinse and repeat. Soon, you’ll hit that kill count.

Really, this whole quest is just about killing stuff. But this time, you’re going to need to kill 150 enemies. But this time, with an assault rifle. Head back to the Moon and Sorrow’s Harbor with your favorite AR, then mow down some Thrall.

If you want, you can also go to the Crucible, as Guardians count as 2 kills. But the Crucible is an extremely inefficient way to complete this step as assault rifles are fine, but don’t excel in PvP. Still, if you want to take a PvE break, that’s understandable.

Once you’ve killed 150 enemies, head back to Amanda Holliday in the Tower. She’ll hand over that sweet, sweet exotic, Sweet Business. Congrats, Guardian!