How to Claim Capture Points in Fortnite Chapter 4 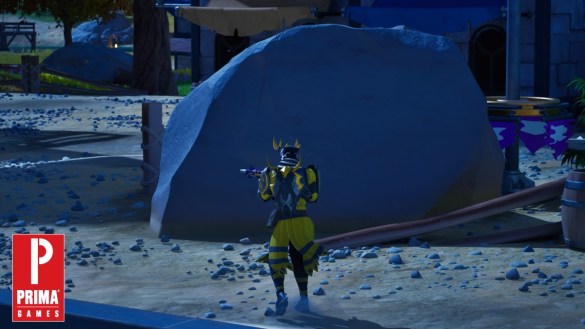 Players who have already checked out the week six quests in Fortnite Chapter 4 can see that they need to claim Capture Points in order to start step one of five. If you aren’t aware of all the new mechanics that arrived in Chapter 4, then this task can be confusing, especially because the map doesn’t provide any labels.

The good news is they are fairly easy to find when you know where to look. The bad news is that it likely won’t be an easy challenge, regardless of when you attempt the quest. To help you get past this week’s six limited quests, we’ll go over how to claim Capture Points in Fortnite Chapter 4 and what they provide.

In some cases, capture Points in Fortnite work similarly to domination from other shooters or king of the hill. These points have a flag pole in the center that needs to be raised, and they are claimed by standing in the vicinity for the right amount of time. Most of the main points of interest have a Capture Point in the center, and if you look at your mini-map, you’ll see them marked by a flag symbol.

When you enter a location with a Capture Point, you’ll see a white circle around the flag pole. Standing in this circle for 45 seconds will raise the flag in the center to the top of the pole, effectively claiming the area. When you claim Capture Points, you’ll be rewarded with plenty of loot to help in your match.

The catch is that these points are in hot areas where plenty of players are attacking. You’ll need to claim the point while also fending off enemy players, so it’s not as simple as standing in the circle. Waiting until the match is halfway over may help, but many of the points will be claimed by then. It’s all about good positioning and finding the right moment in Fortnite Chapter 4.