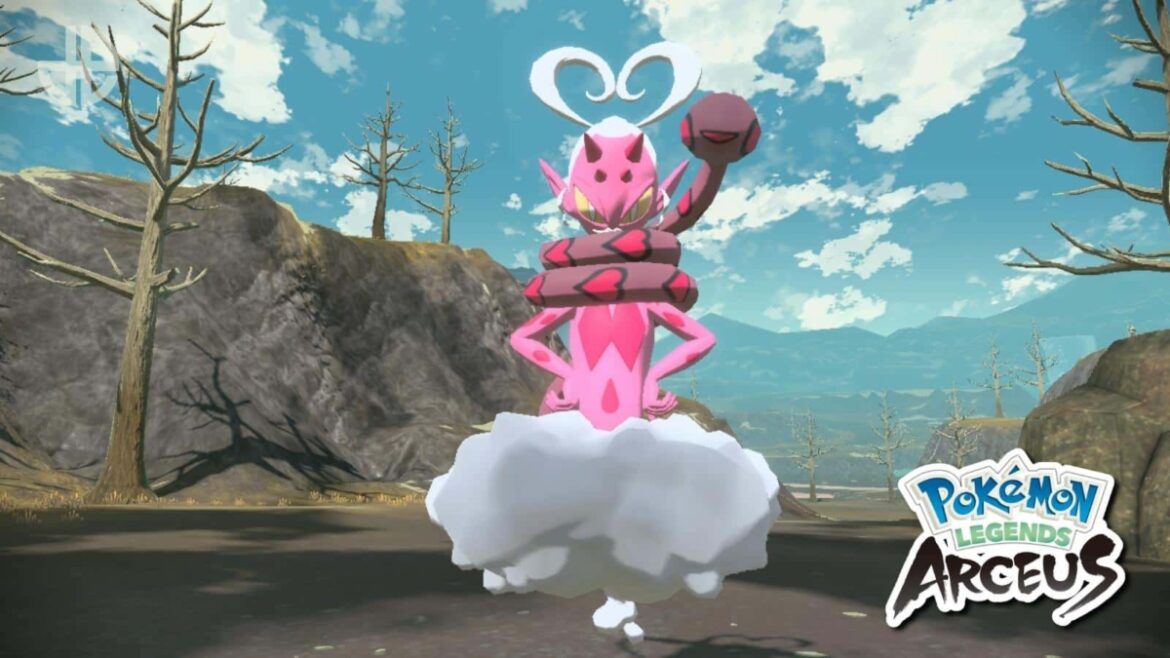 Enamorus is the newest genie and the latest Legendary in Pokemon Legends: Arceus, only available in the post-game during the Incarnate Forces of Hisui request. However, this isn’t an easy quest – here’s how to catch Enamorus in Pokemon Legends Arceus.

How to Get Enamorus in Pokemon Legends Arceus

Once you get all three Forces of Nature – Tornadus, Thundurus, and Landorus – raise them to Research Level 10 in the Pokedex. Then return to Cogita for the quest to get the final Legendary in the Hisui region.

The strange, pink ‘mon has divided players but regardless of looks, it is still rather powerful and a force to reckon with.

Head to the Scarlet Bog in the Crimson Mirelands. You will notice a cloud of pink tornado-esque dust floating around the area.

Use the Wyrdeer to get close enough to hit it with an item like a Spoiled Acorn and then with a Pokemon to trigger the battle. You can also smoke bomb the area, hide, and then make a stealthy approach first.

Enamorus will put up a fight and won’t be easy to catch. Just like the Forces of Nature trio, this one will be at level 70 with its own tornado attacks. Wind down its health slowly and start throwing Ultra Balls.

Once caught, you will have to complete the Pokedex entry for Enamorus. When the request is finished, you’ll receive the Reveal Glass item as a reward which lets you transform the Legendary and the trio into their Therian Formes at will.

That’s all you need to know about how to catch Enamorus in Pokemon Legends: Arceus.