Get that Portal Gear. 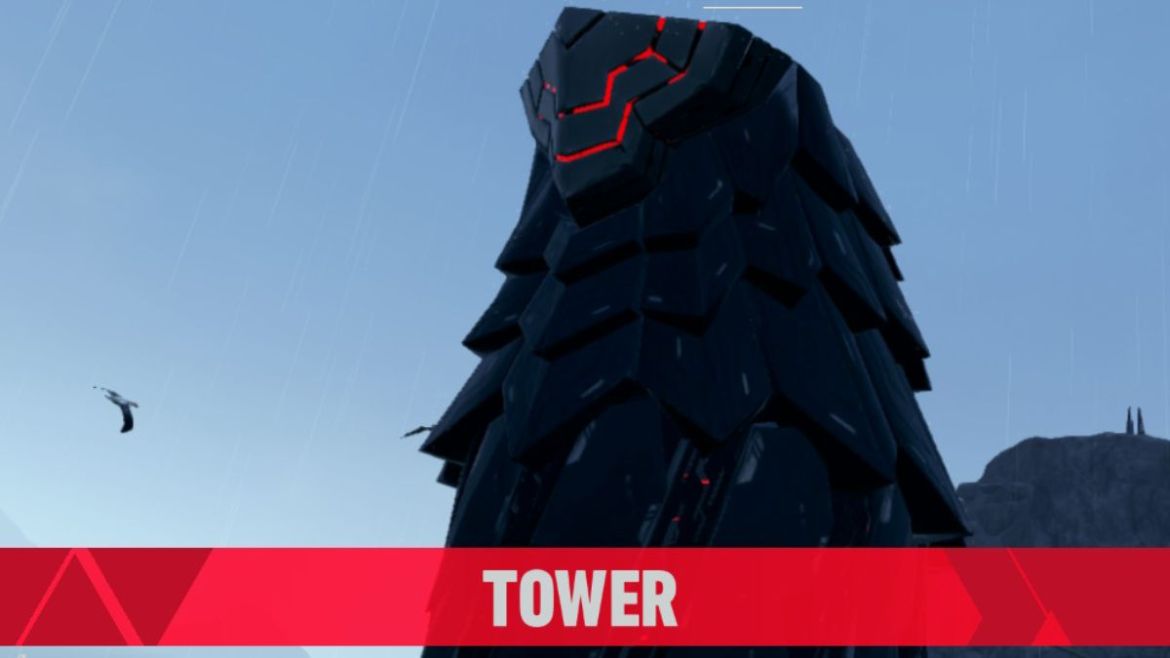 One of the first big enemies you’ll encounter in Sonic Frontiers is the Tower Guardian, which you need to defeat to access the Cyber Space 1-2 level. While going up against the gigantic foe may seem daunting at first, once you know its deal, Sonic will make mincemeat of it in no time. Here’s how to defeat the Tower Guardian by Portal 1-2 on Kronos Island in Sonic Frontiers.

If you’ve yet to find the Tower Guardian to unlock the Cyber Space 1-2 level, progress until you reach the Ninja Guardian fight. Upon defeating it, it will drop a Portal Gear – pick it up.

From here, head west until you reach the Portal for Cyber Space 1-2. You can find it easily by following the Portal icon that should have appeared in the overworld. Once you’ve reached it, you’ll notice that the Portal requires two Portal Gears to unlock the next Cyber Space. So what do you do now?

Insert the Portal Gear you obtained earlier and you’ll be told you need one more. Despite this, the Tower Guardian will spawn in the distance. Although it’s far away, be careful as you approach as it will fire projectiles at you. Note that you should go into this fight with as many Rings as possible so that you can quickly collect them again if you take a hit. Running out of Rings and then getting hurt = death.

At first, the Tower Guardian will look like a black pickle sticking out of the ground (or something more phallic; get your mind out of the gutter). The aim of its first phase is to take chunks out of it until it starts flying around. To do this, target it and repeatedly attack, watching out for any projectiles sent your way.

Once you whittle the Tower Guardian down about halfway, a spike will appear on the bottom of it – watch out as the enemy will now start ground-pounding and if you’re caught in it, you’ll take a lot of damage. As you damage more of it, it will fly away from you and start firing from afar, so quickly move back towards it using Sonic’s Boost move. Target it again and keep attacking until you destroy more of its structure.

When just the head and the bottom spike are left, it will start ground-pounding more often, meaning you’ll need to dodge and be on high alert. Make sure you keep it targeted and keep attacking until it’s finally beaten. It really is just a battle of attrition – keep whittling away and dodging attacks and you’ll triumph.

The Tower Guardian will drop the second Portal Gear upon its defeat. Take it back to Portal 1-2 to unlock the Cyber Space 1-2 level in Sonic Frontiers.