How to Beat the Mammoth King in Live a Live 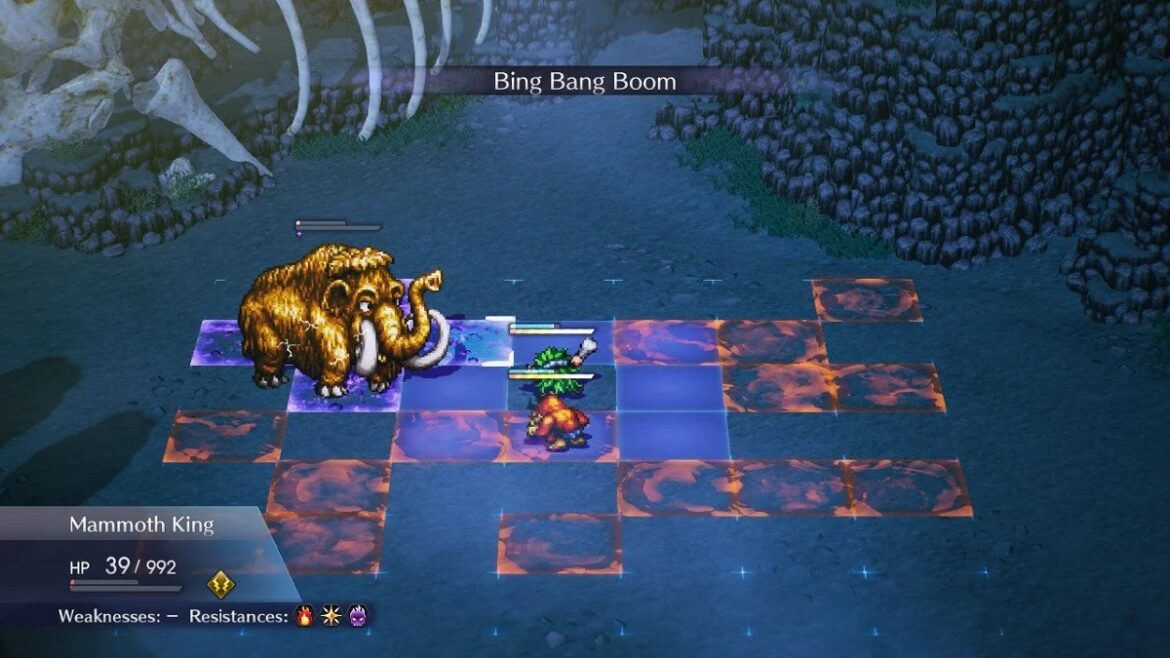 Live a Live remake brings an adventure that will take you through many time periods, and the first point in the era-jumping timeline is an episode set in prehistoric times. If you ever wanted a JRPG with cavemen who beat dinosaurs and mammoths with clubs and sticks in turn-based battles – you are in the right place!

In addition to the standard opponents and bosses that you will encounter in the story, Live a Live also contains a good number of secrets and hidden opponents – one of them being the Mammoth King. To learn how to find and beat him, keep on reading.

How to Beat the Mammoth King in Live a Live

First off, before you start chasing the Mammoth King, be sure that you are at least level 11 and that your Pogo and Gori have some decent gear on. Also, it is very smart to stock up on healing items such as Giant Meaty Bones that you can get by grinding the regular Mammoths in the second wilderness area.

Once you are ready to encounter the secret boss in Live a Live, you must return to the first open wilderness just before the first cave entrance. There, you will have to use Pogo’s skill to sniff ability around for Mammoth’s scent – this is done by pressing the Y button. The scent will be moving around the area fast so you need to chase it around and mash the A button in the place where you catch the scent to trigger the Mammoth King battle.

Once in battle, the trick is to incapacitate the Mammoth King as much as you can to spare your party the big damage he can easily dish out. A good strategy is to stun him or put him to sleep by using “Gui Gui” or “Gu Gu” with Pogo and having the Gori use “Uki” to create poison tiles where the Mammoth is standing. Once the boss is out of stun or sleep, he will attack again and deal significant damage so have some Giant Meaty Bones ready to top up your HP immediately. Rotate this strategy until the Mammoth King falls.

Live a Live is available exclusively for the Nintendo Switch – there is even a free demo on the Nintendo eShop if you want to try out the game first.

For more Live a Live here on Prima Games, check out How Long is Live a Live? – Answered, Live A Live Remake – All Differences from the Original and Where to Download the Live a Live Demo.