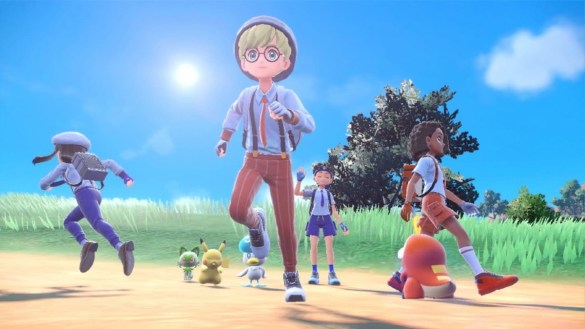 Pokemon is one of the best franchises in the world, period, end of discussion, no one can debate me. But it doesn’t mean that it’s a series that’s been wholly perfect since its inception. Even now, Pokemon Scarlet and Violet has struggled with a whole host of bugs that occasionally stretch trainer’s limbs like Salvador Dali-style clocks.

But one of the weakest aspects of the game has always been the grind. It’s one of the only ways to Level up your Pokemon and grow stronger, and while it can be fun at other times it can be a complete slog. The Pokemon Company has experimented with the way trainers approach battles before.

Related: How to Get Hidden Abilities in Pokemon Scarlet and Violet

With the Legends of Arceus, you could skip battles altogether and rain down a hail of Pokeballs on an unsuspecting outbreak, collecting huge hoards of Pokemon at a time. But with Pokemon Scarlet and Violet, The Pokemon Company has tried a new method to reduce the grind: auto-battling.

And let me say, I’ve never been happier with a Pokemon game. With the auto-battle function, you just press a button and send out the Pokemon at the top of your party to terrorize any wild Monster in your direct vicinity.

But have you noticed that your Pokemon struggles to decimate in the water? Maybe it just stands there twiddling its thumbs while a Bascuin aggressively chases you across the waves?

Yeah, that’s pretty annoying. And while you might (reasonably) suspect that your game is bugged or that the controls for Pokemon Scarlet and Violet are less than stellar, the real culprit for your Pokemon’s idleness is probably its typing.

For a Pokemon to auto-battle in the water, it needs to be able to swim. That doesn’t necessarily mean it needs to be a Water type. My Pawmot and Dragonair are very happy to paddle and slink (?) around the waves, destroying anything in their path. But a Pokemon that’s bound to the white float it gets when it battles has to remain stationary on that float. It’s not like you gave it a paddle.