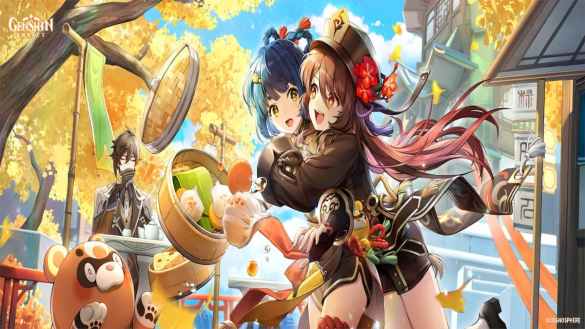 From all regions in Genshin Impact, Liyue is the most loved one to Hoyoverse by far. It’s literally based on their home country, so that comes as no surprise. But also make ensures that every Lantern Rite will be a date to look upon as it brings more exclusive features than your average version event, with one of them being the presence of playable characters in various locations.

Plates have always wanted them to be around the world, just minding their own things, but that just doesn’t happen unless there’s a mission or an event involving them. Well, this is one of those events, so here’s where you can find your favorite characters to take some pictures and have a nice chat with.

All Characters Locations in Lantern Rite 2023

Characters will start appearing after completing the Epilogue quest. Most of them are scattered around the Harbor as expected, while others are resting in other familiar regions to them. Here’s all of them.

They’re easy to miss as they’re right below Liu Su’s stage, gazing at the endless horizon. Baizhu may become playable soon as they’ve been adding more and more Dendro characters.

The girls settled down next to the main festival stage to discuss more about the music in the celebration. The Fatui couple is also near them having their yearly date.

They’re right in front of the entrance to the Jade Chamber, as one would expect, always with their harsh, borderline flirty talk

Related: How to Increase Festive Fever in Genshin Impact

The group’s hanging out at the docks, with Hu Tao trying to expose how Xingqiu and Venti really met.

Remember how they randomly dropped that Gouba was originally a god during a previous event? He was also old friends with Zhongli, and they can be seen taking in the Wanmin Restaurant.

Two of Ping’s disciples are chilling at the village next to the teleport. The granny’s not playable yet, but releasing her young self would surely make people go nuts.

The Anemo boys are waiting in Beidou’s ship The Alcor, next to the Vigilance at Sea event NPC. Kazuha didn’t appear at all at the event, but we knew he would be around.

Xiao’s residing at the very top of the Wangshu Inn, but not as grumpy as usual The event really took some of the emo-ness out of him.

You’ll notice how you cannot find Keqing, Ganyu, or Yelan. Why, do you ask? Remember how all of them love to overwork themselves? Yeah, no breaks for them even at the festivals. It happens more than it should.