This game could be worth the wait for a fix 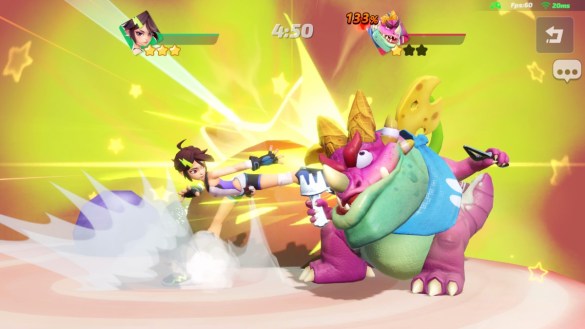 Flash Party is a new, free to play platform fighter, which is right up my alley apparently. The game came out today for anyone interested, although (presumably due to beta periods?) the battle pass-style gimmick is on Season Eight? Nothing means anything in videogames. Anyway, Flash Party has had a slightly bumpy landing on Steam, due to some controller support issues. We’ll do our best to explain what’s going on here, although if you’re looking for a “fix” that’s not gonna be something you or I have much power over.

It seems like controller support is inconsistent in Flash Party right now. It’s supposed to be plug-and-play for just about any controller as long as Steam supports it, but there be glitches afoot. Some players have been totally unable to use their controllers, others have had issues with specific functions, and others are doing just fine with one brand but totally screwed with another. It’s a whole thing, so if your controller isn’t working don’t worry about the problem being on your end.

For now, it seems like the team running Flash Party is working on the matter as we speak. If you go to the game’s discussion forum on Steam, the controller support matter is pinned at the top, with the devs asking players for information on their personal experiences. They’re asking for Player ID, the type of controller you’re using and as much information on what’s happening in your game as possible, including screenshots.

If you’re playing Flash Party on mobile, it seems like everything is fine over there and controller support is working as intended. So if you’re trying to play on PC and are getting frustrated your favorite gamepad is being ignored, don’t fret. The issue will certainly be solved, and perhaps you can try another controller or two to see if they work. If not, just keep an eye on the Steam forums for the latest info.