FFXIV: Where to Get Mythrite Ore - Prima Games
Tips

FFXIV: Where to Get Mythrite Ore

The hardest ores you'll find on these frozen plains 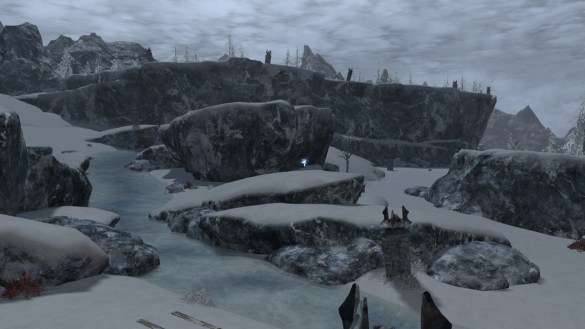 Getting resources yourself is the main reason people level their Disciples of the Land in Final Fantasy XIV. But despite not being suited for combat, they also have their own Job missions to accomplish which usually involve delivering certain plants, ores, or materials such as the Mythrite Ore.

This mineral is not only required for the Level 53 Miner Quest “Sellspade”, it’s also the base for many other items used in recipes from levels ranging from 50 to 80. You might not want to sleep on it, and here’s how you can get them for your own profit (or building).

Where to Get Mythrite Ore in Final Fantasy XIV

These precious stones can be found in the icy plains of Coerthas Western Highlands by Level 53 or higher Miners around the Gorgane Hills and Gorgane Holding areas in the northeast portion of the map. Any of the Level 55 Mineral Deposits may yield you a few Mythrites if you’re lucky enough, as they are a Hidden item in those nodes.

That means that if you cannot find any of them when mining, use the Luck of the Mountaineer skill to make them show themselves. If you’re greeted with a few Treasure Maps instead, move to the next node and try again.

There’s no other way to make those pesky ores appear easier, but make sure you’re using your best gear possible to maximize the chances of getting extra yieldings to 60%. If you have some spare Cordials or similar GP-restoring potions, don’t shy away from using skills such as King’s Yield II for even more gains.

Alternatively, you can also exchange a few units of Mythrite Ores for a single Althyk Lavender in the Material Suppliers that you can find in any of the Residential Districts. Not as practical as just getting them yourself, but a viable option nonetheless, especially if you’re into gardening.