FFXIV: How to Get the Corgi Minion - Prima Games
Tips

FFXIV: How to Get the Corgi Minion

Yes, you can pet the dog in FFXIV 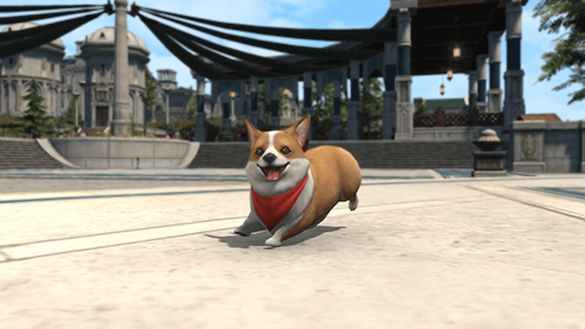 We all fell in love with the Corgi minion from the moment we saw it in the Patch Notes for Final Fantasy XIV Patch 6.3. C’mon, it’s a Corgi! Look at this cute little fella. Don’t you wanna squish it as hard as you can? Yeah, we all do too.

This was one of the many additions to the Gods Revel, Lands Tremble update, and getting it might be easier than you think. Here’s how you do it.

How to Get the Corgi Minion in Final Fantasy XIV

The Corgi minion can be obtained in Idyllshire. You can buy it from the Faux Commander in (X5.7, Y 6.1) for the price of 400 Faux Leaves, which can be obtained by clearing Unreal Trials and playing the Faux Hollows minigame. You get some leaves if you manage to find the hidden figures behind the puzzle. The most valuable and rarest figure is the fox which presents you with 100 leaves immediately, but it won’t always spawn.

You can only play Faux Hollows twice per week, which means clearing the current Unreal two times. Depending on the current fight, it might be a harder task to accomplish as they are all older Extreme Trials scaled up for the current level cap.

If you don’t feel like grinding it out, you can always surrender yourself to capitalism. The Corgi minion can be bought in the Market Board, but its price will most likely vary depending on the server you’re currently in. As a new (and cute) minion, it will probably cost an eye, so you better start server hopping before purchasing it unless you don’t care about spending a few extra thousands of Gil.

The Corgi fits perfectly with the recently released Shiba mount, only available through the Online Store which received a bummer update during the previous patch. At least you now have another way of petting the dog. Not for free, but without spending real-life money, at least.