Nothing like giant turrets to bring a team together 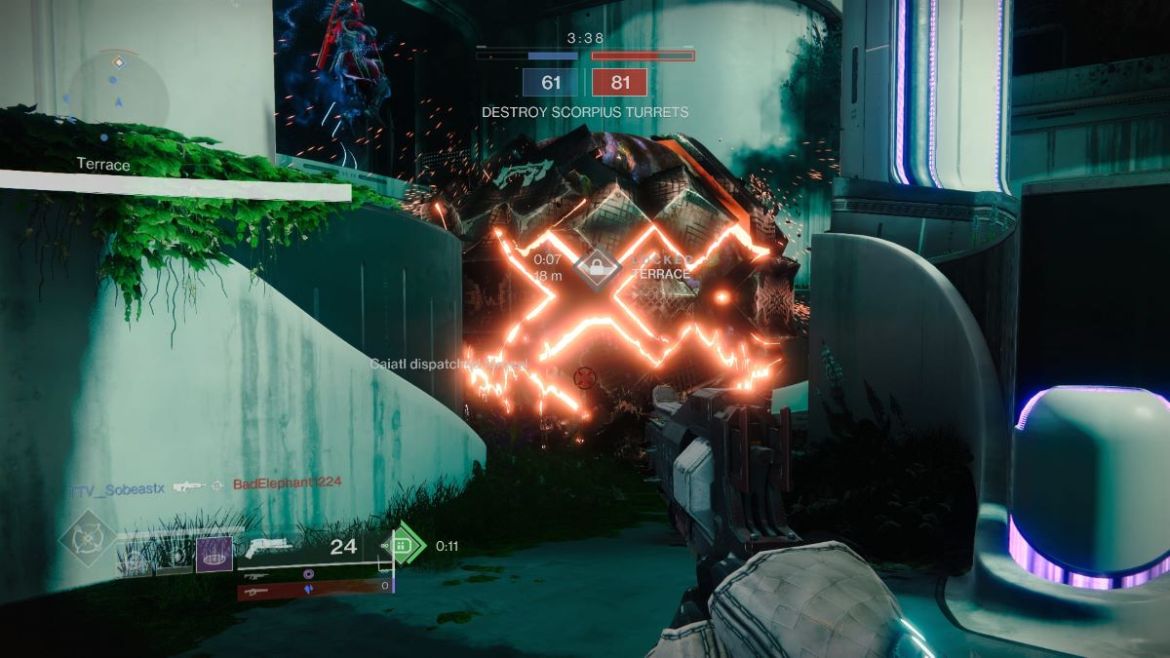 Lord Saladin, Iron Lord, and Guardian added a new title to his collection in the wake of the Red War – Valus of the Cabal. Yes, Lord Saladin has rocketed through the ranks, and now stands on equal footing with the Cabal while in their Empire. And with Lord Saladin’s new relationship with the Cabal comes a new game mode to the Iron Banner – Fortress.

Here’s everything you need to know about the new game mode in Destiny 2.

The Iron Banner typically pits two teams of six against each other. The objective is to control the three stationary objective points scattered around the arena. If you’ve played Call of Duty’s Domination or Zone Control in the Crucible, the standard Iron Banner mode is precisely like that.

For each zone you control, you gain additional points. So, to maximize your team’s score, you should aim to control all three objectives. Killing enemies doesn’t net you points; keeping objectives does. The best strategy is to keep two objectives, as it keeps your enemies in a consistent spawn zone, which is easier to manage.

But with Fortress, Lord Saladin has chosen to broadcast the games to the Cabal so that they can learn about Guardian battle tactics. He also takes it a step further and includes the Cabal in the match. When a team reaches 40 points, a high-value zone will spawn at a marked location somewhere on the map. A countdown will start, and a giant Cabal drop pod will hit the ground, opening to reveal yellow bar turrets called Esteemed Scorpius. Here’s my attempt at getting a picture of them. Fun fact, I somehow managed to survive this.

You’ll need to defeat three of these turrets to open up the high-value zone, which grants more points when your team controls it. These can really turn the tide of the battle, and the three normal objectives will not be available.

Related: How to Find and Complete Iron Banner’s Weekly Challenges in Destiny 2

After 45 seconds, the high-value zone will despawn and the three normal objectives will return. The game will then continue until the score reaches its max, or you hit the ten-minute time limit.

This new wrinkle to the game isn’t revolutionary, but it’s nice that there’s a fresh take that’s lore accurate.