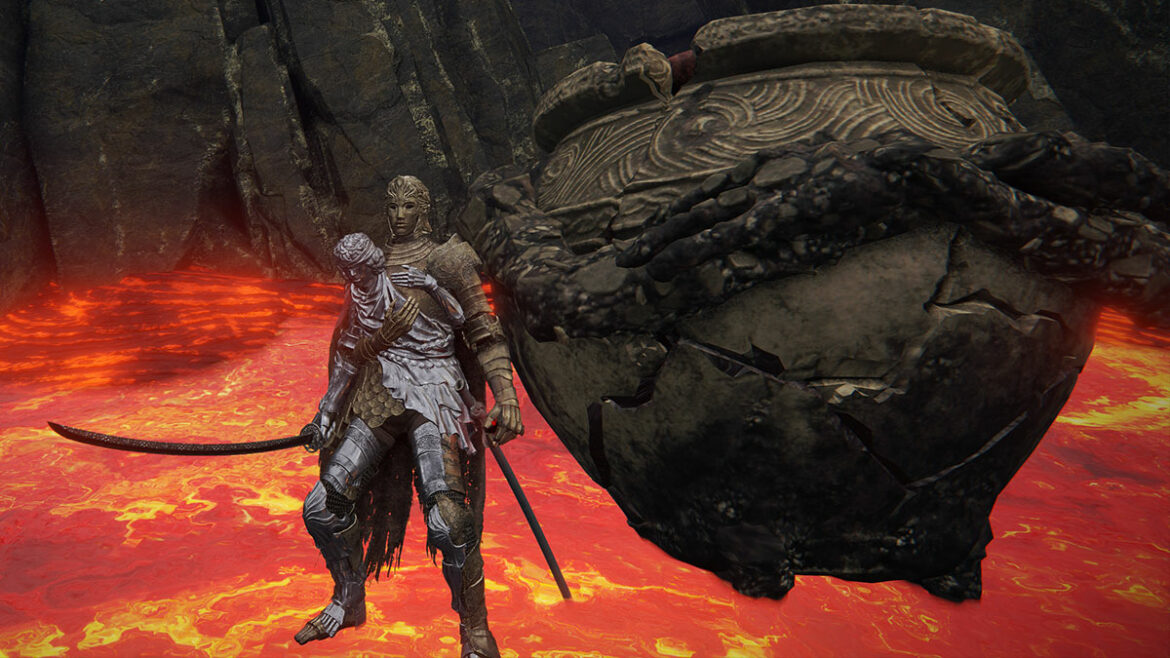 Iron Fist Alexander, the Warrior Jar, is an NPC that players can encounter in Elden Ring. Like many of the NPCs in the game, he has an entire quest that you can play through if you know where to go. In this guide, we will run through all the Alexander locations and what you need to do to keep him moving through his quest.

The first place that players can find Alexander is at Stormhill. He is up on a raised area right beside the large bridge with the Pumpkin Head enemy. Climb up and what him with your weapon to get him unstuck.

After that, Alexander will move on to the end of the Gael Tunnel. Just before the boss fight, players will find Alexander and will be able to speak to him, moving him on again.

Alexander Location 3 – At the Radahn Festival

Next, players can find Alexander at the Radahn Festival. He can be summoned for the boss fight, and players will be able to speak with him afterward on the same battlefield where they fight Radahn.

The next location Alexander can be found is just to the south of the Carian Study Hall in Liurnia of the lakes. You will need to come to this area from the south. You don’t be able to get there if you come from the north of the Study Hall. You will also need a pot of oil, as Alexander is stuck again.

To craft one, you will need the Nomadic Warrior’s Cookbook 17, which can be purchased from the Nomadic Merchant in Siofra River. To find him, make your way to Siofra River and climb the wooden scaffolding that has been set up around part of the aqueduct. Just follow the structure into a hole in the thick brick wall and then drop down inside the building to find the merchant.

Alexander can be found baking himself solid in the lava near Seethewater Terminus. If you haven’t visited this area before, a giant Magma Worm lives in the lava, so prepare for a boss fight.

The last place that Alexander can be found is at the Crumbling Farum Azula area. After the Dragon Temple Altar, players will find a fog gate that needs a Stonesword Key. There is only one path from the Site of Grace, so follow it and head up the large, curving stairs, then go left to find the fog wall. Follow the route and jump across the sunken buildings to find Alexander.

As a willing warrior, he will ask you to duel him, and when you defeat him, you will get a Shard of Alexander and Alexander’s Innards. Sadly, that appears to be the end of the Elden Ring Kool-Aid Guy.

How to Get the Clock Lancet in Vampire...