Who is EA's World Cup 2022 Team of The Tournament? - Answered - Prima Games
Tips

Who is EA’s World Cup 2022 Team of The Tournament? – Answered 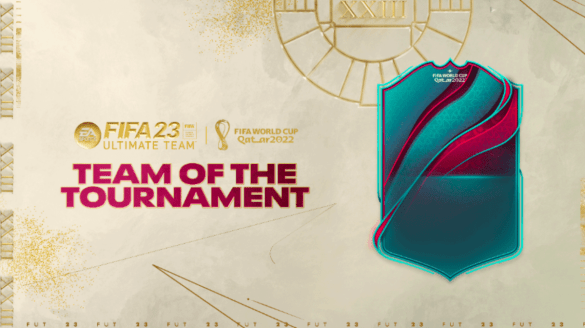 It’s been an exciting and surprising journey to the finals of the first World Cup in the Middle East. On Sunday, France will defend their World Cup title against challengers Argentina and try to become only the third team in men’s football history to win the cup back-to-back.

With the end of the tournament drawing closer, it also means all World Cup promos for Football Ultimate Team will end soon. It is the sixth WC promo to come while all eyes were on Qatar 2022.

Who is EA’s World Cup 2022 Team of The Tournament?

For the final promo ahead of the World Cup 2022 Finals on Sunday, EA Sports has announced their Team of the Tournament (TOTT). Fourteen players made the EA’s TOTT, with Lionel Messi and Kylian Mbappe having the highest overall ratings with 94, and Harry Kane coming behind them with a 91 overall rating.

England and Manchester City’s young star Phil Foden is the fourth and only other player with a 90 or over 90 rating.

EA has undoubtedly raised a few eyebrows with their TOTT selection. If you were wondering what the criteria is, here is what they had to say about their choices:

As the FIFA World Cup™ comes to a climactic conclusion, we’re recognising the players who have risen above the rest to claim a precious spot in this year’s Team of the Tournament (TOTT).

Each upgrade represents four years of preparation channelled into inspiring moments and world-class performances that their nations will remember for years to come.

At their best with the world watching, these TOTT Player Items are the perfect addition to any FUT squad to keep the spirit of the FIFA World Cup™ alive and push your club to the next level.

Like the other five FIFA 23 World Cup releases before, this will only be available for a limited time and will be live between December 16 through December 23.

For more content on Prima Games, look at What Are the Differences Between EA Sports FC and UFL? – Answered or How to Power Shot in FIFA 23