Does MW2 Have Zombies? – Answered

Is zombie Captain Price a thing? 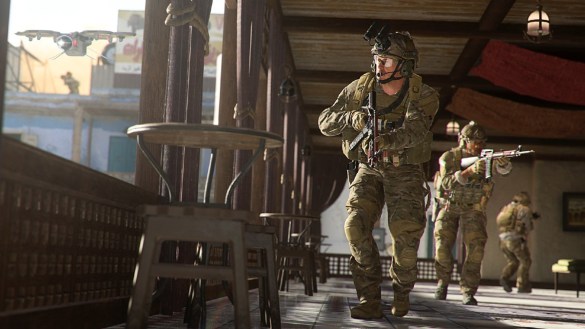 Call of Duty: Modern Warfare 2 features three main modes of play, all representing vastly different experiences. Campaign involves a single-player story mode, seeing Task Force 141 take on new and emerging threats. Multiplayer is the standard PvP-style game mode, testing mechanical skills among other skills like positioning. And finally, there’s Spec Ops, the premier co-op mode for Modern Warfare games since the original trilogy. Given its popularity in other Call of Duty titles though, some may wonder if Zombies is included in the experience. Here’s whether MW2 has a Zombies mode, and if it will get one in the future.

Will Zombies Come to MW2?

Just so we can get the obvious out of the way, no, there is no Zombies mode as part of MW2. Infinity Ward hasn’t included a Zombies mode since Call of Duty: Ghosts, and instead chooses to focus on its Spec Ops mode to keep a unique experience from other Call of Duty games. As for why you’re likely here, there is a chance that a Zombies mode of some sort could be added to MW2 in the future.

The information comes from a few leaks out in the community, most notably a menu for all modes in the MW2 beta that showed options for “Round-Based Zombies” and “Outbreak”, including their icons. These images were later taken down due to copyright, indirectly lending massive validity to the images being real. With this being said, the developers also previously stated “There will be no Zombies” in a June Q&A, so who knows what the current plans are? Whether Zombies will come to fruition at some point before the next Call of Duty release may be up in the air, but Zombies with modern weapons sure would be cool. Who wouldn’t want to bring an M4 into a Zombies match, especially Pack-a-Punched?