Disney Dreamlight Valley: How to Make a Fish Sandwich 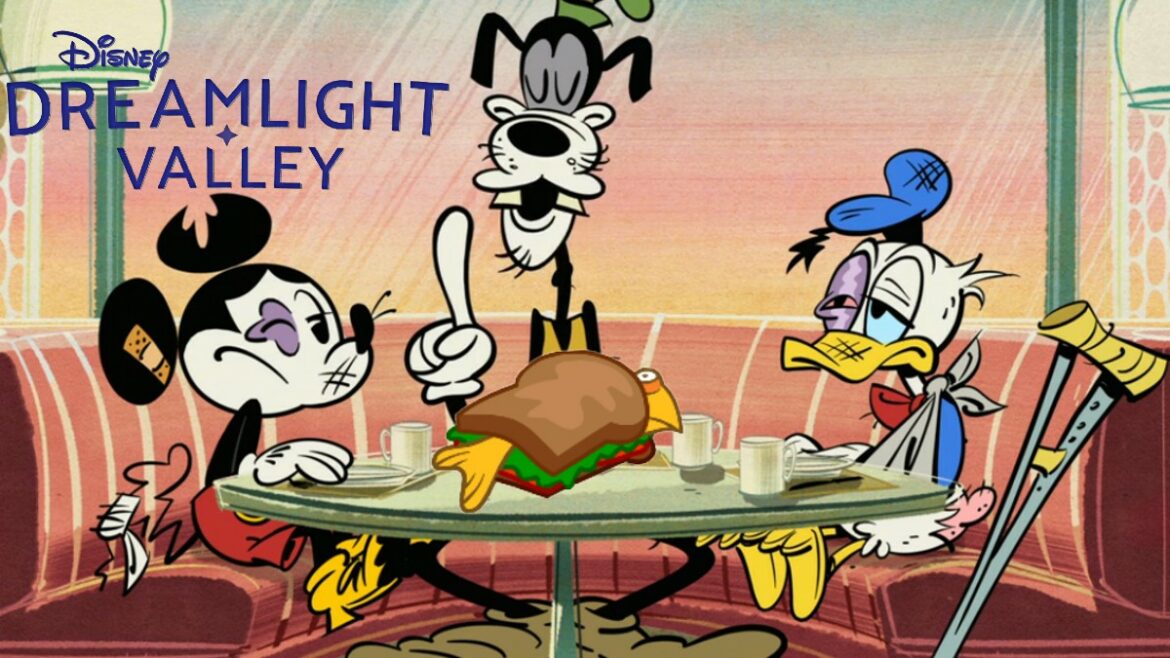 Fish are pretty important in Disney Dreamlight Valley, especially in the early game. They’re some of the best sources of money when you’re still figuring everything out. And when you make food with them, you can get a big stamina boost, or a big money boost. Sure, there are better ways once you get going and know what you’re doing. But you can’t beat the cheap, easy and effective rewards from slapping together fish sandwiches. Here’s how to make them for yourself.

It doesn’t take much to make a fish sandwich in Disney Dreamlight Vallley. You just need a fish (any fish) and one piece of wheat. It’s super quick and easy to gather both ingredients, thanks to the ponds over where Goofy hangs out and… also Goofy because he sells seeds. Like I said, fast and easy. It’s a good idea to have Goofy hang out with you as well if you gave him the fishing role, to bump up your numbers some.

The kind of fish you use is important. If you use rainbow trout or bass, you’re going to have a much less effective fish sandwich. But the bram or catfish that hang out in the area are excellent ingredients. Adding the wheat to either of those fish adds around 300 coins to the sell value and tons of extra stamina. But while fish sandwiches have a lot of player utility, you also need them for a quest.

Mickey Mouse, whom we’ve already observed some peculiarities with his portrayal in Dreamlight Valley, needs some too. There’s a quest in which the two of you go on a picnic together, and Mickey asks for a couple sandwiches along with a stack of Crudités. Mickey certainly seems to be struggling a bit from Videogame Hero Dead Wife Syndrome, so it’s probably a good idea to help him out. Just don’t give him your email address.