How did we even get here 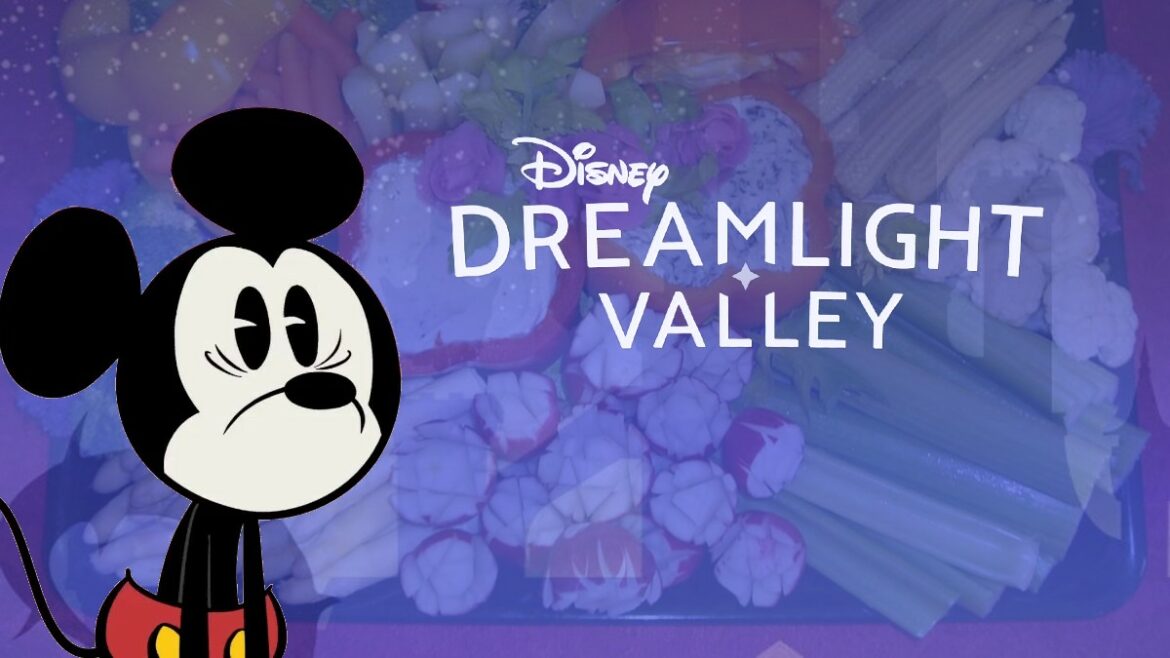 There’s a ton of cooking involved in this game, and it’s a lot messier than you might think. There’s a lot of variation in how various meals can come into being from your magic gas stove. Sometimes a simple dish can be a pain in the ass to trigger instead of another simple dish. Sometimes you don’t get decent instructions, or you’re just trying to experiment without info. Other times you’re struggling to make Crudités, which is a strange predicament to be in.

At one point Mickey Mouse will ask you to make a bunch of Crudités plates for a picnic, the circumstances of which being very odd. If I didn’t know better I’d assume this man just went through a nasty divorce, the way he’s going about his business. Anyway, in order to make those Crudités dishes for Mickey, you just need a carrot. Literally, just drop a single carrot in the pot and you get this thing.

There are plenty of dishes in Disney Dreamlight Valley that can be complicated, or are actually a challenge in some way to get. One of those is definitely ratatouille, which we have our own guide for. But this is such a simple dish there’s only one ingredient if you don’t count the coal. And why would you count the coal? I guess if you’re trying to make Crudités look more difficult in self-defense. But hey, your secret is safe with me. Google can’t be trusted though, obviously.

Mickey Mouse being a sad wife guy who prepares the absolute cheapest meals for family picnics is a heck of a storyline. And considering Disney has all but buried Runaway Brain because of minor controversies, you’d think Minnie Mouse being disappeared by evil thorns while Mickey wallows and stress eats at home would get the ixnay. But here we are, in Disney Dreamlight Valley.