Is this better for Sonic or worse for Kratos 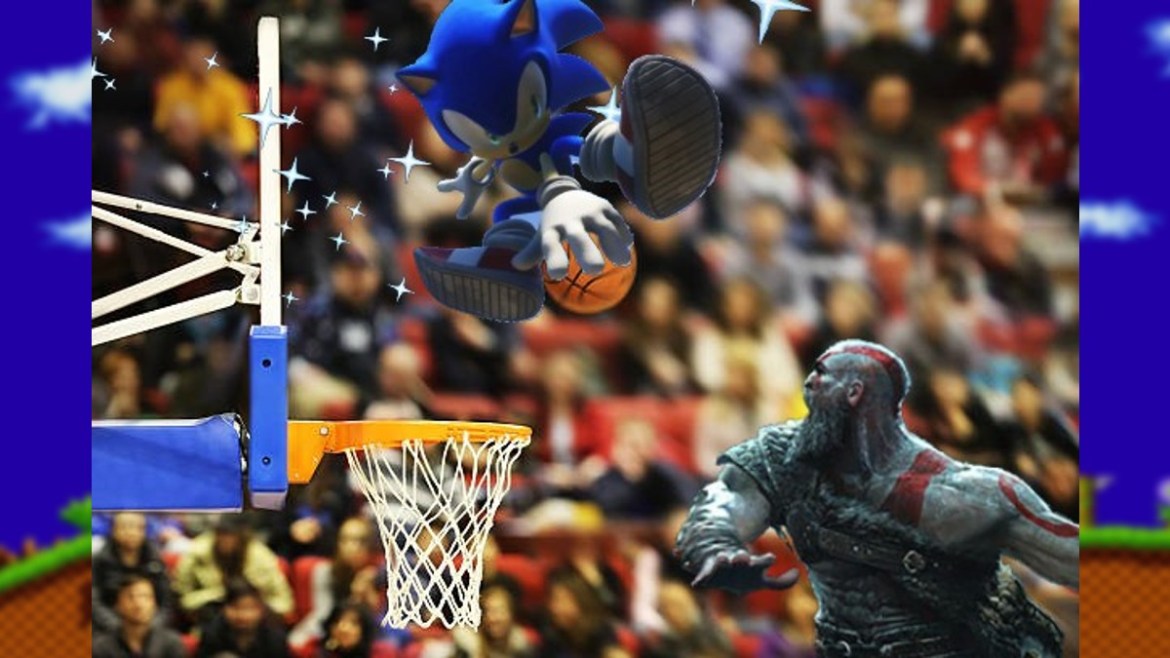 I got like three hours of sleep last night. I wasn’t even playing the new Pokemon game. Woke up, got the kid on the school bus, sat down and drank coffee until I could become a (mostly) functional human being. Closer to work time I booted up Sonic Frontiers, still working my way through and crankin’ out guides. After going fast for a bit I pause to scan Google Trends for gamers in need. After sifting through the usual stuff I saw something… incredible.

After my initial reaction, which I won’t publish here, I had to jump into Prima’s Slack channel and ask if I missed something remarkable that happened overnight. Perhaps it was the real reason Yuji Naka was arrested, instead of insider trading. Or maybe I was hallucinating from the fatigue.

Everyone else was just as confused as I was. So it was time to put the journo hat on and do some research. I don’t trust YouTube videos from awkward Sonic superfans, but I didn’t have much else to go on, luckily the video sourced a tweet, and we all know 2022 has been a banner year for Twitter’s credibility. Anyway, here:

So, there it is. If you look at those numbers, Sonic Frontiers did truly outsell God of War: Ragnarok, the caveat is this is for both games’ first week of sales in Japan. We are looking at a very specific chart that is likely being used to stir up some trouble in the friendly ol’ gaming community. But it isn’t a total wash; it’s easy to dismiss this as “oh it’s just Japan of course Sonic did better.”

A Sonic game hasn’t performed this well in its first week since Sonic Adventure 2 on the Sega Dreamcast. And there’s also a solid audience in Japan for games like God of War. It’s all relative, but it’s still notable. I mean, technically Ragnarok on the PS5 outsold each individual Sonic Frontiers SKU – you have to combine all platforms for both games to reach the final numbers:

This is a sign that things are definitely looking good for Sonic right now. It’s also a testament to how well the Nintendo Switch is doing in Japan, where console gaming has been trending downward for years upon years. So while these numbers won’t line up in every territory (look at the UK chart right next to it), it’s still legitimately impressive and a testament to how much people are enjoying Frontiers despite its quirks.

But really, the story here is that Tactics Ogre: Rebirth smoked ‘em both, hitting second place with 57,256 total sales. Of course, there’s no math that makes any game look better than Splatoon 3, which became Japan’s all-time fastest-selling game during its opening week.