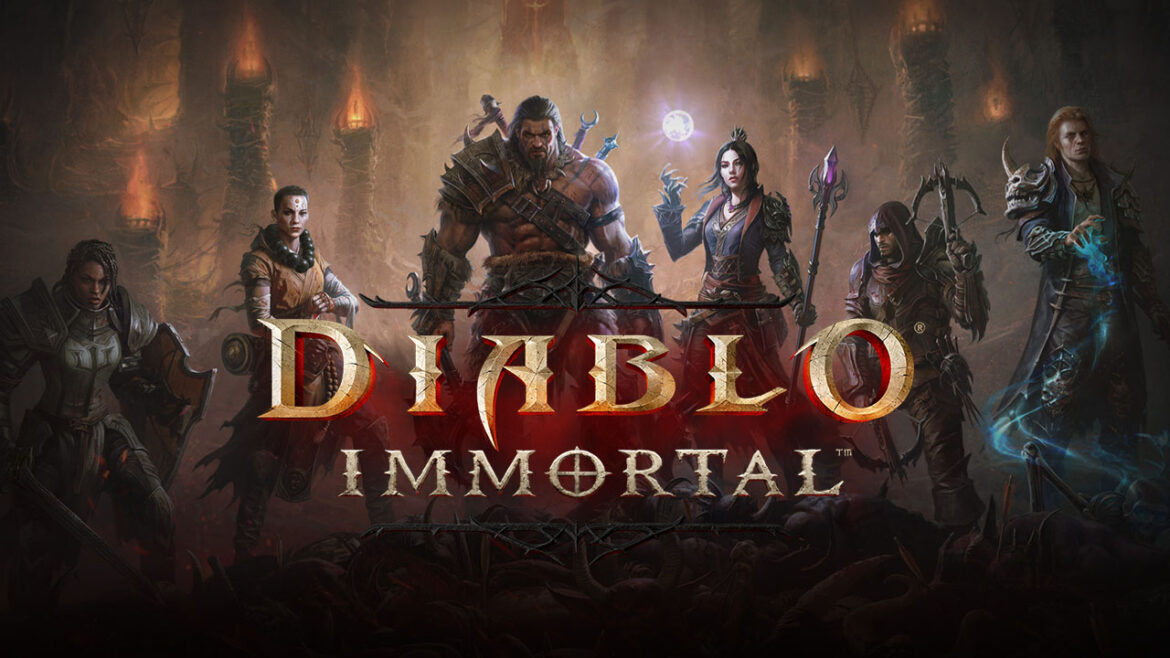 Diablo Immortal is a mobile and PC experience in the free-to-play space. You’ll be tasked with completing a lengthy main story questline before hopping into the true deep well of the game. Once you’ve defeated the last boss, you’re looking at the end-game. Here is Diablo Immortal’s end-game explained.

Once you’ve done both of those, you’ll begin to turn your attention to end-game gear with high-level stats. When looking at gear, each piece will have multiple different attributes. However, you should be less concerned with the types of attributes when starting out and more interested in the total sum of the numbers.

Add all of the attribute bonuses up and compare gear this way. If a piece has a combined total of 100 when adding all of the attributes together it’s better than a piece that only has 90 even if a certain stat is higher. This total sum number will make up your offensive and defensive rating, which is the number you want to be concerned with at this stage.

If you want to increase these numbers, visit a blacksmith and go to the reforge option. This allows you to increase the attributes on your gear and in turn, increase your total offensive and defensive rating. If you need more materials for reforging you can grind out some lower-level dungeons and salvage the gear at the same Blacksmith.

Gems are a huge part of Diablo Immortal. A lot of the high-level gear you will receive in the game can be slotted with powerful gems that allow your attributes to go higher. Just like everything else in this game, gems are found from defeating powerful enemies around the world and in dungeons, Elder Rifts, and more.

Gems can be combined to further increase their potency. They come in different shapes and sizes, and to rank them up you’ll need to combine multiple of the same color. Gems can be upgraded from rank 1 to rank 10, but it will take a lot of grinding.

After reaching level 60, you’ll unlock Paragon levels. These allow you to incrementally increase specific stats for your character. If you’ve played Diablo 3, you’ll be very familiar with this system. It’s a consistent way to keep increasing your character’s potential.

Hell difficulty unlocks after completing the main story. You’ll start out on Hell 1 and as you complete the game over and over you can go all the way to Hell 4. This is the perfect way to being leveling after you hit 60. Turn on Hell 1 and run some of the early dungeons. You’ll be able to obtain some increased gear rewards and start getting better drops.

Elder Rifts are repeatable activities that feature endless hordes of enemies in randomized dungeons. You need to keep killing enemies until the bar on the left side of your screen ills up. Then the boss will appear and after defeating it, you’ll be granted powerful gear and hopefully a Legendary Gem if you’re lucky. It’s a super low drop percentage if you don’t purchase Crests with real money, so be prepared to do a lot of these, and we mean, a lot.

Diablo Immortal has a few different daily and weekly activities to keep players coming back to get some easy rewards to help their gear up slowly.

Daily Rewards give players a small handful of resources when they log in and kill one single enemy. It’s easy, and if you miss a day don’t worry as they can stack up to three days.

Helliquary Bosses are fights you can do after reaching level 45. There are two a week that can be killed for a special trophy and combat rating boost. They don’t take super long to complete and are another consistent way to try and gather the resources needed to upgrade your gear and Gems.

Battle Pass points are another way you can get some quick gear. Every day you need to earn 120 points in order to get a charm and some other goodies. This is mostly done passively as your complete your other tasks but if you find yourself falling short, just run a quick and easy dungeon a few times to make up the remaining missing points.

Join a Faction for Cycles of Strife

You’ll need to join a faction if you want to get into a lot of the meat that’s in the end-game of Diablo Immortal. There are two factions: The Immortals and The Shadows. Each comes with its own set of activities to complete. Whichever you chose, make sure you’re doing the different activities, which can give you strong gear like triple stat legendaries and more.

These are a mix of PvE and PvP objectives, so it’s best to have a group to do them with, but if you don’t have any friends online, consider asking around populated areas for players looking to run these. You’ll need all the help you can get.

Zone events are very similar to something like a public event in Destiny 2 or a FATE in FFXIV. These are public and collaborative events that take place around the world. Any time you see one of these you should stop what you’re doing and head over. They happen every couple of hours, but completing them can grant you up to six enchanted dust, which is a very valuable resource.

This can be found in the Library of the Zoltun Kulle. It will require you to find five pages scattered throughout the zone. Once you do, a portal will open containing a boss that when killed with drop gear and enhanced dust, is another valuable resource you’re going to need. You can do 10 of these a day.

You can complete up to eight bounties a day. While you won’t get any high-end gear out of these. It’s a consistent and solid source of gold and experience. Doing these each day will be to add up quickly and make sure you’re always flush with cash for upgrading and purchasing gear.

While not required for the end-game grind, plenty of players have found themselves competing in this 8v8 PvP experience. Solo players can use matchmaking to get put on a team and can begin to learn the intricacies of fighting others in Diablo Immortal.

Every three hours, the Ancient Arena will open up. This is a free-for-all PvP mode where players duke it out for supremacy.

You’re PvE skills will be less useful here, so be sure to retool your skills if you plan on hopping into PvP in Diablo Immortal.

Well, that’s everything you need to know about Diablo Immortal’s endgame. It’s filled with a lot of stuff to do and it’s going to take a serious amount of time to reach the top level.