Tying-up prequel with the remake 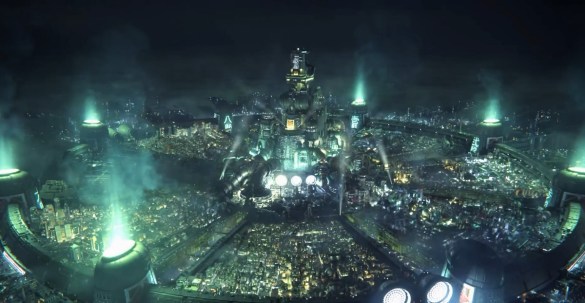 Now, since we will discuss the ending of Crisis Core and Final Fantasy VII Remake, some big SPOILERS ARE INCOMING for both games obviously, so be warned.

So, you know how Remake ends with a Crisis Core ending being thrown in there in that time travel/alternate universe mess that happens, and how the original Crisis Core has that animation in the end that ties with the original Final Fantasy VII? They made minor changes, even if the ending and post-credits scenes are essentially the same. The original FMV from the end of Crisis Core got upscaled, and the Buster Sword design is back to the original FFVII one – the same one used in Remake.

Remember how OG Crisis Core got fancy with the Buster Sword design, gold handle and all, since the starter sword from the OG FFVII got much more critical in the prequel’s story? But, as FFVII Remake presented yet another design more similar to the original FF7, now the new Crisis Core is in-line with that continuity.

Additionally, the Crisis Core post-credits scene where we see a zoom out of Midgar city is now replaced with a render of the city from FFVII Remake, all with the first shot of Aerith from Remake zoomed in. Basically, it’s the same post-credit scene, just updated with the graphics from the FFVII Remake.

And sadly, that’s it, no fancy hidden Rebirth trailer or any other kind of additional tie-in with the Remake. Crisis Core Reunion introduces many of other graphical, quality of life, and other changes. Still, they are mostly related to the gameplay, while this remaster/soft-remake doesn’t bring any new story elements some fans were hoping for.