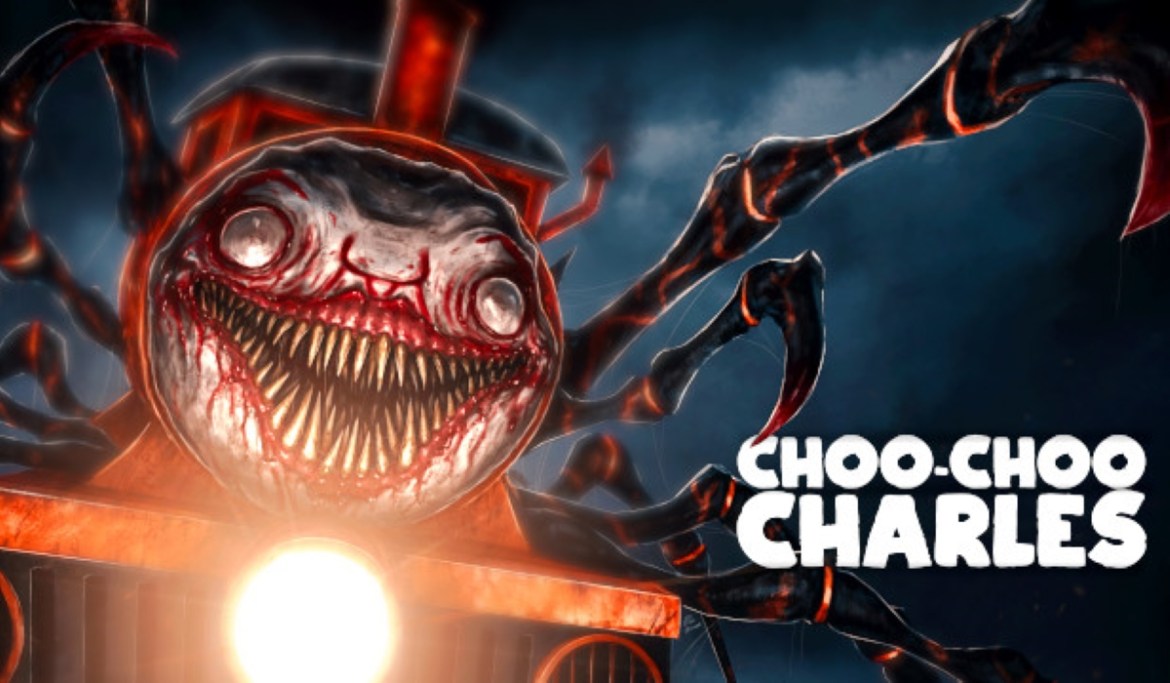 On October 8, 2022, Two Star Games unveiled the release date and an extended look trailer for their highly anticipated upcoming horror title, Choo-Choo Charles. According to Two Star, the focus of their highly unique horror game is to, “Navigate an open-world island in an old train, upgrade it over time, and use it to fight an evil spider train named Charles.”

As can be seen in the game’s promotional materials and trailers, “Charles” looks like a demented version of Thomas the Tank Engine, as Two Star has melded the beloved children’s TV show character with a monstrous spider akin to Shelob from Lord of the Rings franchise, to create an unparalleled monster of nightmare. This guide will analyze the newest two-minute-long trailer, highlighting the most interesting elements, and presenting details you might have missed.

What stands out the most about this trailer in comparison to the previous Choo-Choo Charles sneak peeks is that there are a large number of helpful NPCs and creepy enemies. The first moments of the trailer show chaotic action, as Charles pursues the player and some masked, unfriendly-looking gun-wielding NPCs. Screams of “I don’t want to die!” can be heard from some of these enemies, as a large group flees the incoming spider train.

A closer look at some of these enemies shows that their masks resemble Charles’ face. Could this mean that they are part of some sort of “Cult of Charles” that helps to protect the Spider train? However, based on the first scenes of the trailer, it appears that their admiration towards the Spider train is not mutual, as Charles is willing to chow down on its supporters without remorse.

However, not all of the people shown in the trailer are psychotic murder-train worshippers, as we meet Candice, a straight-talking woman offering advice on how to defeat Charles.

There is also another helpful NPC, John, who players can apparently acquire a rocket launcher from.

Lastly, there is Daryl, the junkyard owner, who advises players to upgrade their trains.

While we know very little about these enemies and NPCs, it appears that this nightmarish island ruled by Charles is very clearly not deserted, and there will be additional allies and threats to face in the epic battle against the locomotive of nightmares.

There is an arsenal of yellow weaponry to fight Charles with, as the unstoppable creature pursues players in their matching-colored train. Here are some of the weapons that appeared in the trailer:

The newest Choo-Choo Charles trailer highlighted the open-world aspect of the game, demonstrating some of the mechanics and features that players will have to become acquainted with in order to end Charles’ reign of terror. These include:

The player’s ability to jump across ledges and navigate areas high above, out of Charles’ reach, was also demonstrated in the trailer.

One section of the trailer that only created further questions was a moment that shows an egg, emanating red light, being closely guarded by a shotgun-wielding enemy. Could this egg or others like it be part of the secret to defeating Charles? I suppose the answer can only be known by playing the game.

The most important takeaway from the game’s newest trailer is that Choo-Choo Charles is coming to Steam on December 9, 2022. While it had been previously reported that the game would also arrive on PlayStation 5 and Xbox Series X|S, there is currently no information on any other platform other than PC. It appears for console players, Choo-Choo Charles will not be crawling into the station when its PC counterpart releases.

For more information and Choo-Choo Charles, Prima Games is your go-to source with news, guides, features, and so much more.