Can Zorua be Traded in Pokemon Go? – Answered

There are many ways to get your own fox. 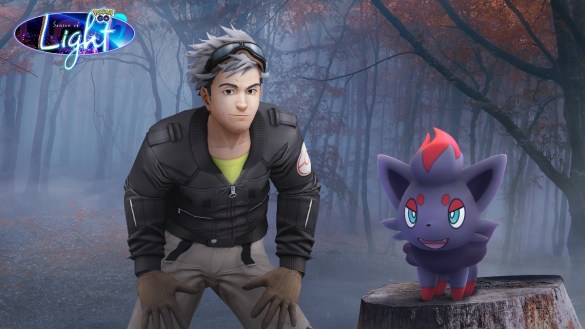 Halloween’s already here, and it brought many spooky surprises to Pokemon Go! One of them was the introduction of the beloved Gen V Pokemon Zorua, who also had its own unique way of being caught. But sometimes being eccentric is not that awesome, as it could bring some problems in the long term.

And this was sadly the case with Zorua who ended up suffering some consequences of its peculiar way of being found in the wild. Just like Ditto, it takes the appearance of another Pokemon (your buddy Pokemon to be exact) instead of its own, and it’s up to you to find it and catch it if you want to get this tricky fox into your team.

It should return back to its original self after being caught, but Zorua suffered from a bug in which he may simply decide to keep his disguise up, or he may even retain the same stats (from height to CP) of the mimicked buddy Pokemon, which led to Niantic banning him from trades and Pokemon Go Home altogether.

Related: How to Catch Zorua in Pokémon GO

Can You Trade Zorua in Pokemon Go?

The answer is yes. Although Zoroark is sometimes mistaken for a Mythical or even a Legendary Pokémon, both Zorua and its evolution are still regular ‘mon, so you should have no problem trading Zorua in Pokemon Go in the future.

But Zorua’s currently disabled from trades due to the aforementioned bug found during his release. The first bug was reported as solved, but another issue involving Zorua soon arose, which is probably the reason he wasn’t immediately allowed for trading.

You can catch all Zorua you find, but none of them are eligible for trades yet. But fear not, as this shouldn’t be the case for much longer.

Since Zorua’s scheduled to be a regular wild Pokemon from November 1 onwards, we can expect (most of) its bugs to be fixed by then. So while waiting, you may want to take a look at some of our other tips for Pokemon Go, such as the best picks for the Halloween Cups currently available in the Halloween Event.