Can You Disable Damage Numbers in Forspoken? – Answered

The numbers, Cuff! What do they mean? 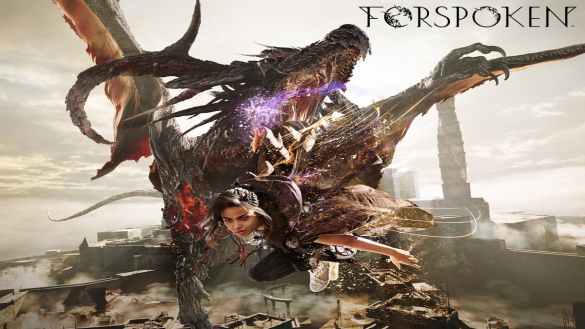 Combat in Forspoken is not as dividing as its dialogue and story, but it also has a few flaws. That doesn’t mean it’s not enjoyable. On the contrary, it’s quite refreshing to see so many different options for engaging in magic fistfighting with random creatures around the map. Still, it can get messy really quickly with so many things popping on your screen at once.

Some of these many distractions are the damage numbers appearing at each strike you hit. It’s nice to see you’re getting stronger, but can’t we remove them for the sake of clarity?

Can You Disable Damage Numbers in Forspoken?

If they really distract you that much, I have some bad news, as there are no options to disable those numbers in the game. It might be included in a future update, but such an option is nowhere to be found at launch, so it’s about time to get used to them.

Something you can disable, however, is the Battle Ranking Info. Display option by opening the Accessibility Menu and scrolling down to Menu Settings. Once you can get your battle rhythm going and start getting STAR ratings consistently, there’s no reason to leave it on. The rating continues to be STAR until you receive a big hit, which might just not happen for a while.

Related: How to Use Photo Mode in Forspoken

Leave the other options turned on as they can be helpful, though. Spellcraft Challenge will only be displayed after combats are done, and Attack Hint Display helps you avoid more hits, which will bring your rating down in the process.

If there’s any future patch that allows you to remove the damage numbers from the game altogether, we’ll be sure to inform you of that here on Prima Games. For now, you can take a look at how to get Shore Violets to rank up your gear.