Can you Bulk Release Pokemon in Pokemon Scarlet and Violet? – Answered 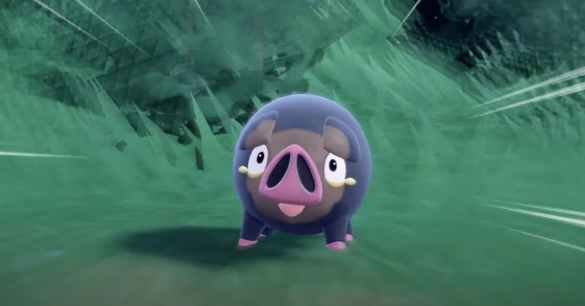 Are you one of those trainers that cannot control themselves and just throws a Poke Ball at anything that moves? If that’s been your case in the Pokemon Scarlet and Violet titles, you may have already found yourself in a dire situation with barely any space left. Yeah, we get it. You wanna complete the Paldea Dex and you cannot help it. But we need to release some of those extra Pokemons sometimes.

So if you got a bunch of those collecting dust in your boxes and felt the urge to release them, can you do it in large quantities at once?

How to Release Multiple Pokemon in Pokemon Scarlet and Violet

As of the release of the game, you cannot Bulk Release your captured Pokemon in Scarlet and Violet. If you need to get rid of multiple copies of a Pokemon you tried to breed or just captured looking for specific statuses, you’re out of luck for a while. Just sit down and start getting rid of them one by one.

You can manually release your Pokemon by putting them into your Boxes and selecting the Release option. The game does allow you to select multiple Pokemon at once, but all you can do is move them all instead of letting them all see the light of day again.

Related: Where to Catch Flutter Mane in Pokemon Scarlet and Violet

But that doesn’t mean that you’re stuck with releasing them one by one forever, as there’ll soon be an option addressing this issue. Pokemon HOME allows players to remotely manage their Pokemon boxes from its supported games, and one of its features is releasing multiple Pokemon at once.

This was the only way for doing it in Sword and Shield titles, and will probably be the same for Scarlet and Violet when it’s finally available. As you may or may not know, Generation 9 games won’t have access to Pokemon HOME until a further update that is currently scheduled for Spring 2023.

Notice that you won’t need to be subscribed to HOME’s Premium services for doing this as you’ll just be managing your Scarlet and Violet boxes outside the game, something that HOME offers for free. But if you want to use the Pokemon Bank to transfer your older creatures to Paldea, you’ll need to reach for your wallet.