Can Dedenne be Shiny in Pokemon GO? – Answered 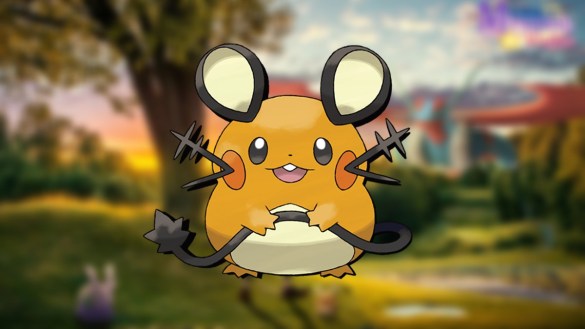 It seems like every week there is at least one Pikaclone featured in Pokemon GO, and if there isn’t, it’s Pikachu in a funny costume running around the wild itself. Most of these clones have a shiny form that can be caught with some luck, but shiny Dedenne has been elusive for some time in the community.

However, Twinkling Fantasy starts on January 10 and it promises some fresh debuts, including the arrival of Mega Salamence. New events typically mean a new shiny form for Trainers to catch as well, but it’s not always a guarantee. We’ll cover whether Dedenne can be shiny or not in this guide and how you could get one yourself.

Pokemon GO – Can Dedenne be Shiny?

As of January 10, Dedenne can be shiny in Pokemon GO with the official release of Twinkling Fantasy. The new event is based around the arrival of Mega Salamence, but most of the Pokemon are either Fairy or Dragon-types. Along with those appearances, we have our first look at shiny Dedenne in the mobile game.

Considering the popularity that the Pikaclones have, Niantic tends to wait for long periods of time before giving us the shiny variant of a Pikachu-like Pokemon. As time goes on though, the list of shinies in Pokemon GO increases, and most of them are available to catch at this point.

If you want the best chances of catching a shiny Dedenne, make sure to participate in the Twinkling Fantasy event from January 10 to January 16, 2023. The shiny variant will still be in Pokemon GO after the event ends, but the spawn rates for the Antenna Pokemon will be much lower if it’s around at all. So use your lures and get to walking while the event is live.