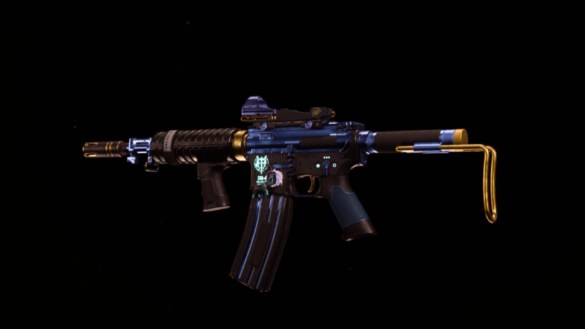 Only two Black Ops Cold War assault rifles have withstood the test of time in Warzone, and one of them is the classic XM4. In Warzone Season 5 Reloaded, the reliable M4-based rifle has started to make a comeback due to sweeping changes on some of the most dominant weapons.

While there wasn’t a massive boost to the XM4 itself, enough adjustments were made to the meta for some windows to open. Now the Vargo 52 and the Black Ops Cold War M4 are near the top of the food chain in terms of primary assault rifles. We’ll go over what the best loadout is for this accurate rifle and the attachments you need to succeed in Warzone.

For this XM4 build, we want to focus on the rifle as a primary weapon that can be used for longer ranges. Not only will you be able to take down enemies from nearly anywhere, but the weapon can still work well at medium or even close range depending on the circumstance. Below you can find all of the pieces to the puzzle.

The most important attachments for any Black Ops Cold War weapon are equipped in the barrel slots. With only five slots in total, each one needs to be taken seriously. To fill those slots, we use the Agency Suppressor and the 13.5″ Task Force barrel. Both of these attachments are going to give a massive boost to effective damage range, bullet velocity, and overall recoil control. Having sound suppression from the Agency Suppressor doesn’t hurt either.

Next, we have the Field Agent Foregrip which is another staple just like the suppressor. Any rifle that has the Agency or the Spetsnaz Grip will get a boost to vertical and horizontal recoil control. It’s hard to pass up on so much accuracy, especially in an XM4 loadout.

The last two attachments are fairly standard supporting pieces to this XM4 loadout. First, we have the Axial Arms 3x for the medium to long-range fights that are guaranteed. Then we have the 45 Rnd magazine so the ammo capacity of the weapon is useful against more than one enemy.