Massive power in each shot. 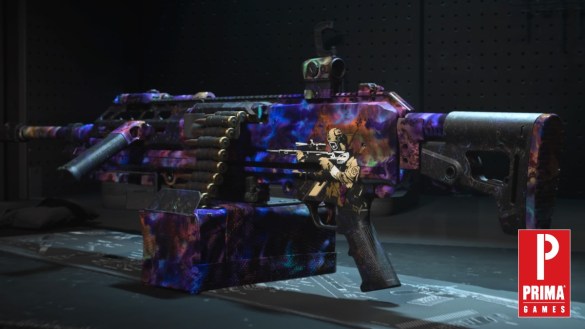 There’s no doubt that the light machine guns have dominated Warzone 2 so far, and in Season 1 Reloaded, the RAAL MG remains one of the deadliest weapons that players can use at range. Not only can enemies be eviscerated in just a few well placed shots, but control is fantastic and ammo never seems to run out.

By default though, the RAAL MG has some issues with accuracy and it can feel incredibly clunky to carry around. That’s the tradeoff when you choose a weapon with nearly infinite range and the power to take on snipers or assault rifles. We’ll cover how you can make the most of the weapon in our loadout guide.

While we’ll still have at least some mobility enhancing stats, our main focus for this build will be control and overall damage range. Of course, that means the RAAL will feel slower than your average assault rifle or an RPK, but it’s well worth the trouble at range. Every attachment you need can be found here.

Barrel attachments are the first concern for this loadout so we can make the RAAL MG much more manageable in Warzone 2 Season 1 Reloaded. The 21″ EXF Rhino Barrel is going to provide some much-needed control and bullet velocity. Adding the XRK Kraken muzzle will also give a drastic boost to vertical and horizontal recoil.

For even more accuracy on the RAAL in Warzone 2, the next attachment is the SA Side Grip. Most of the heavy light machine guns will have the option for a side grip, and while they are clunkier, they offer up tons of control benefits. Even though each shot has tons of power behind it, you’ll feel like you’re firing an MP7.

The last two attachments are mainly support and they start with the FSS OLE-V Laser. This is going to add a good chunk of mobility or ADS speed at the cost of a visible laser. Then we want a good optic, and in Warzone 2, the Aim OP-V4 is used for a clear picture that has low visual recoil.