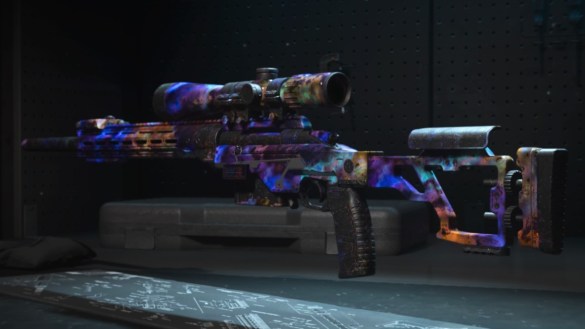 Plenty of players are running around with fast marksman rifles in Call of Duty: Modern Warfare 2 and trying to pull off some easy clips, but we all know it’s not the same thing. The classic COD crowd is full of players that want to pull off those crazy quickscoping clips with a designated sniper rifle.

Snipers in MW2 are a bit heavier than they were in some of the past games, and certainly slower than a marksman rifle with a scope, but that doesn’t mean they are bad. Using the right attachments, some of the snipers are still lightning-fast to handle. Our guide will cover which sniper works the best and how you can build it in COD MW2.

Before we jump into the attachments, we need a base to build our MW2 loadout. Out of all the sniper rifles in the game, the SP-X 80 is a clear winner when it comes to speed and precision. You’ll certainly experience more hit markers than a weapon like the MCPR-300 has, but you get speed in return. Each of the attachments for a quickscope sniper are below.

The most difficult choice here is the barrel, but we’ve gone with the 22.5″ Elevate-11. This has the best ADS speed ration on it, and there is additional movement speed. The downside is the negatives to damage range and bullet velocity. On maps like Bagra, this won’t matter. But you may notice the change on large maps like Crown Raceway or Ground War. In that case, you can change the barrel, or swap it for High Velocity ammunition.

For the next SP-X 80 attachments, we simply want to focus on pure mobility and handling. Both the Schlager Match Grip and the PVZ-890 Tac Stock are going to provide tons of ADS speed and sprint to fire speed. The only downside is recoil control which we don’t care about on this Modern Warfare 2 quickscoping build. Add the FSS OLE-V Laser, and now you’re scoping in nearly as fast as the SP-R can.

Our last attachment is the FSS ST87 Bolt. Rechambering speed is the only benefit of this piece. That means we get more fire rate and more shots down range. If that first shot doesn’t take the enemy down, you’ll get a much faster follow-up than you would have.