Which giant do you take down first? 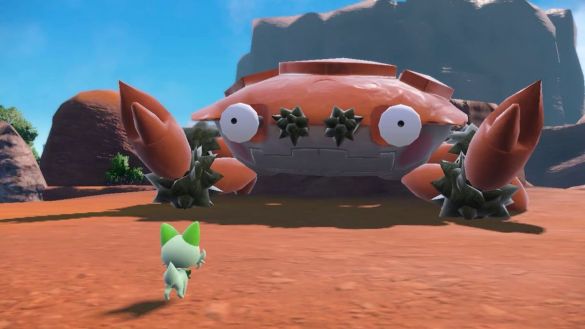 In Gen 9’s Paldea region, you’re given a choice of which Titan Pokemon, Gym, and Team Star Base to take down first. But while the game’s open world promotes going in whatever order you want, realistically you can’t do that or you’re on a one-way ticket to the Pokemon Center.

With that in mind, here is the best Titan Pokemon order in the Path of Legends in Pokemon Scarlet and Violet.

There are five Titan Pokemon in Paldea, each being a little harder than the previous. This means that you’ll have to wait and level up patiently before being able to defeat them all. For example, while it doesn’t state it, the Dragon Titan requires a team of at least level 40 in order to beat it, so don’t go trying to take a level 9 Quaxly into the fight.

Here is the Path of Legends Titan Pokemon order that we recommend you take, alongside the approximate levels your team should be in order to win:

While HMs don’t technically exist in Gen 9, Koraidon and Miraidon can learn new ways to traverse the open world to make exploration easier and to allow you to access new areas, replacing the Hidden Move feature. This is done by beating the Titan Pokemon.

Note that the following list features spoilers so if you don’t want to know, look away now.

Here’s every “HM” that the vehicular Pokemon can learn from defeating Titan Pokemon (last and final spoiler warning!):