Best Name Ideas For the Wanderer in Genshin Impact

Or just name him Scaradouche and call it a day 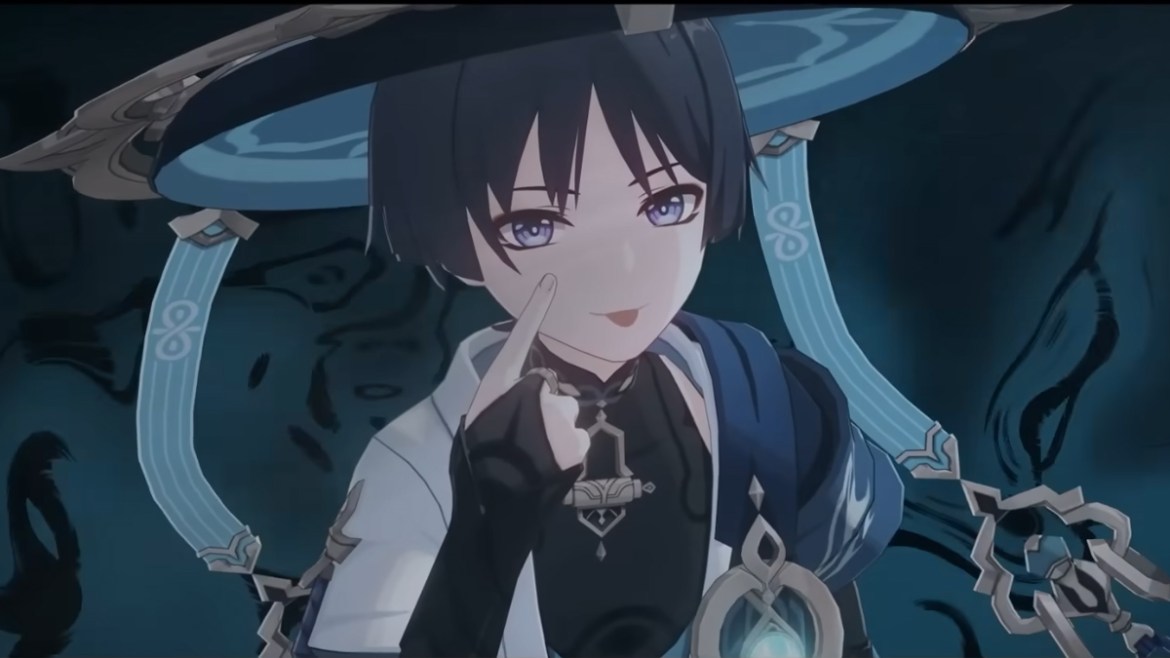 Naming the Wanderer is one of the best details implemented into Genshin Impact, as this was the first time we could directly name a playable character aside from the protagonist. This is a very important moment because we can’t freely change his name, unlike the Traveler. If you went with a random name and felt that instant regret, you only got one more shot at it.

So in order to make it count, here are some naming ideas for your own Wanderer, as he now refuses to be called Scaramouche, Kabukimono, or anything similar. Be it a goofy or serious name, everything is valid here (if you keep it SFW, at least). We’ll present you with some suggestions if you’re going with the second choice.

Best Name Ideas For the Wanderer

Here are some suggestions for names you can give him. You can pick anything as long as it isn’t related to his previous names, the names of other playable characters, or names related to the Fatui.

The Japanese God of Wind’s name. As soon as Scaramouche was confirmed to be Anemo as a playable character, people made the (now obvious) associations between him and the Raiden Shogun, who is inspired herself by Raijin, Fujin’s brother and the God of Thunder. He keeps smirking and feeling superior to everyone else in his new identity, so giving him a god’s name is a fitting choice.

Related: How to Rename the Wanderer in Genshin Impact

While still on the Japanese mythology theme, Susanoo is known as the God of Storms and the Sea. While there’s no direct connection between Scaramouche and Hydro, he shares some of Susanoo’s traits such as his impulsiveness and short-tempered behavior. Wanderer also works pretty well with Hydro supports, which is a cool coincidence.

The Ruler of the Winds as described in the greek epic Odyssey by Homer. He initially offers help to Odysseus but ultimately sends him and his crew away.

Another greek name refers to the god of the West Wind, also known as the fructifying wind. He also acted as one of Eros’ servants and had many wives. Bonus points due to his Roman equivalent being named Favonius.

Since Hoyoverse is so eager to reference Queen through his lore, let’s do this by ourselves. Hermes’ Roman equivalent is Mercury, referencing the band’s legendary vocalist Freddie Mercury. Hermes is the messenger for greek gods, typically known for his swiftness, which can be a nod to the wind itself.

Following the Archon naming rules, why not give an Ars Goetia demon name to a man who briefly reached godhood himself? Vine is one of the Kings in the Goethia who creates storms to cause mayhem and discover hidden things, such as the past, present, and future themselves. It should be valid if we don’t get any character with said name.

A node to the Kingkiller Chronicle book series. Kvothe is the protagonist who vows to search for the name of the wind, for those who know its true name shall rule over it. Wanderer would fit in this universe as one who actually knows the name and wouldn’t share it for anything.

Take those suggestions as inspirations to come up with your perfect (and serious) definitive name. If you’re still not decided by the point you complete his quest, pick anything until you’re ready. Give this boy a name to be proud of!