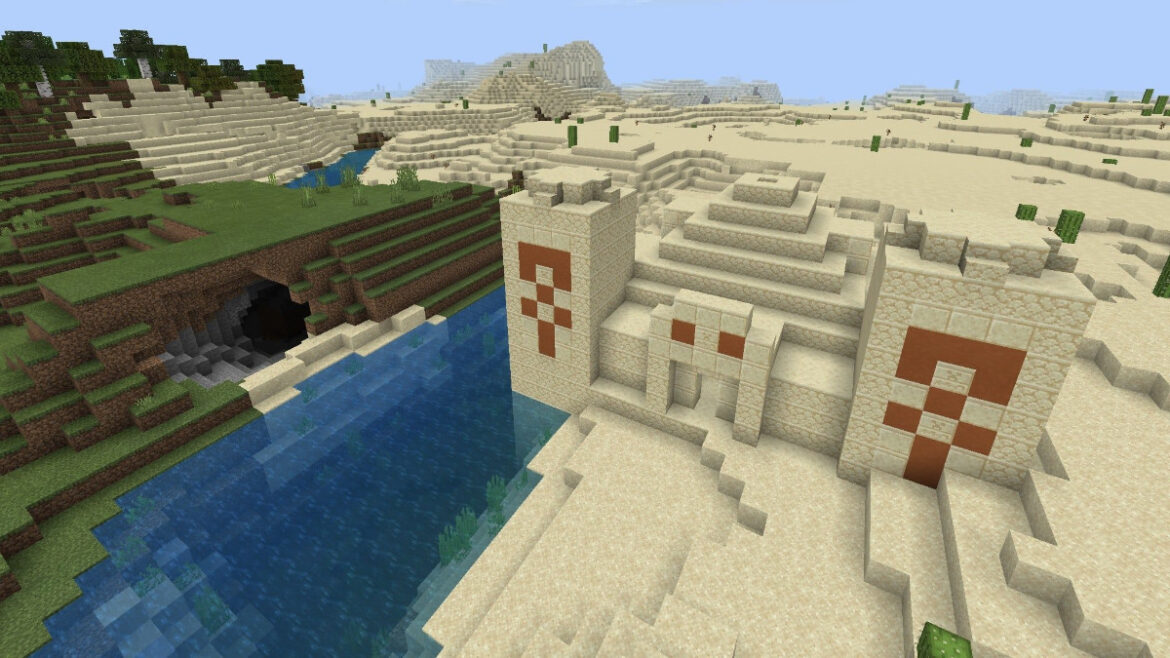 Speedrunning is a creative way to convert a single-player game into a competitive experience that has always great worldwide competition potential to see who can complete a game the fastest. People live stream (or record offline) their speedrun attempts for various games and aim for world records.

Minecraft is no different, of course. The speedrunning community in Minecraft is huge due to the game’s endless sandbox possibilities, and new records are emerging on a monthly basis. Here are the best Minecraft speedrun Seeds in a few different disciplines and most popular game versions since seeds change with every version.

Right now, player Cube1337x from Finland is holding the World Record in the Random Seed discipline with 9 minutes, 8 seconds and 820ms (in-game time).

This seed, along with Cube1337x’s gameplay is, like every speedrun: very interesting to watch and shows how wholesome the speedrunning community is as you can see many previous World Record holders and other speedrunners in the comments, praising Cube1337x for his success. Even though the scene is competitive, people are generally there for each other and often try to improve on someone else’s strategy. As Cube1337x has stated, it took him over nine months to pull this off.

The difference with Set Seed is that a player can type in his desired seed before the game starts, which makes them able to practice the speedrun in controlled and known conditions (and also allows them to start the game from a very beneficial position). Currently, Rayoh is holding the record with just 1 minute, 58 seconds, and 772ms, which really sounds absurd when you think of it. Imagine someone investing years and years to make a video game, and you just outright beat it in under 2 minutes?!

It seems that Rayoh just has everything necessary for a World Record around his starting area. We watched the video a couple of time, and we can’t imagine the amount of practice, calculations, and optimizations (and other activities that speedrunners thrive in just to shave off fractions of a second from their time) to execute this perfect run. The current top comment is a brilliant joke where the mother is telling her child that they need to leave in 2 minutes and the child is pretty chill about it and thinks that it’s just enough time to beat the entire game.

Galacticafro from Germany is currently holding the World Record in this discipline under the more recent 1.8.9 patch and in those 3 minutes, 11 seconds, and 583ms, there’s so much to be seen! Galacticafro straight up just explores the pyramid next to his spawn area, rapidly trades with a merchant, runs around the world like Sonic, and wraps it up before you even know it.

Now that we’ve covered some of the currently notable records, we’ll show you some other great Minecraft seeds for speedrunning that we’ve found in the community:

This one is interesting because you are going to spawn next to a shipwreck that has a lot of useful resources. And since you have a shipwreck, you also have water nearby, which is superb for creating a Nether Portal, which should lead you close to the Nether Fortress. This seed has been used for one of the records in the past.

This is also a seed that has been used in the past for claiming world records, and also has a shipwreck nearby, and the Nether Portal you build there will also spawn you close to the Nether Fortress. You should find a Bastion Remnant close once you gain access to the Nether.

If you want to spawn closer to a village (which is also one of the biggest supporting factors for a speedrun) this is the seed you should try. There’s also a ruined portal in your close proximity with a chest that has just enough resources to repair it, allowing you to rush into the Nether pretty fast.

This is one seed from the 1.18 version which has not one, but two villages close to the spawning area. That should provide you with a decent amount of resources to pull through a decent clear time.

We hope that you will enjoy playing around with these seeds and we wish you luck during your world record attempts. Feel free to explore our other articles by clicking the Minecraft tag below!