Your gaming guide to prepare for the upcoming Marvel and DC releases. 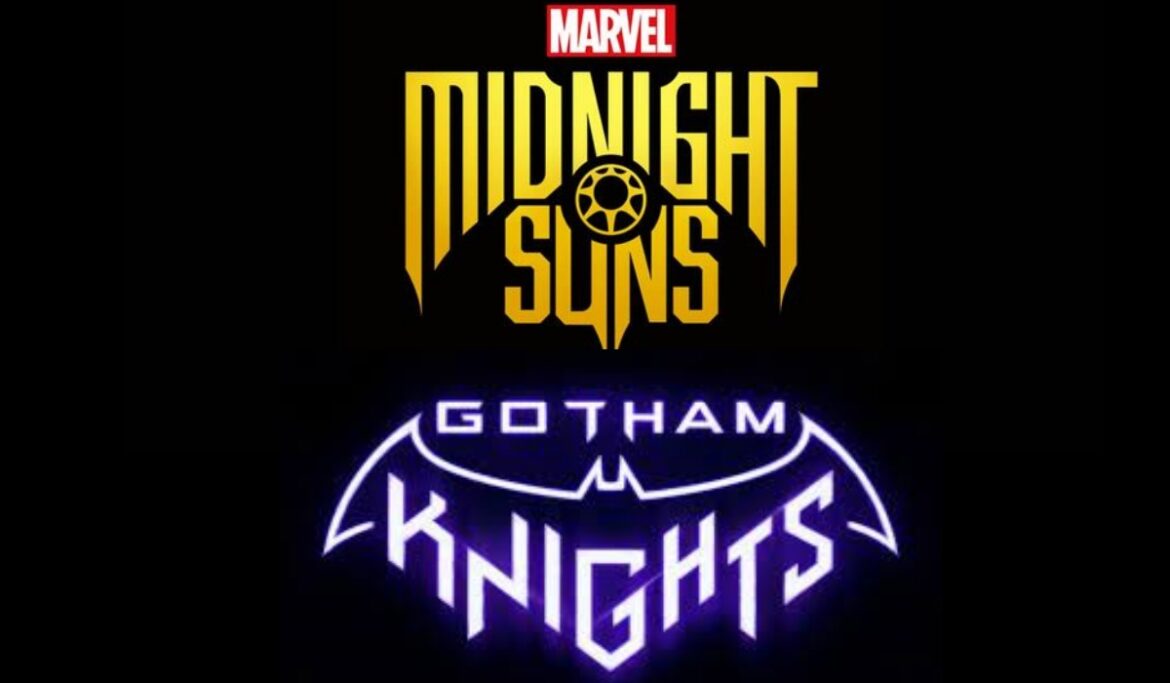 October 2022 is set to be an exciting month for comic book fans and gamers alike with the October 7 release of Marvel’s Midnight Suns (for Nintendo Switch, PC, PS4, PS5, Xbox One, Xbox Series X/S) followed by the October 25th introduction of DC’s Gotham Knights (for PC, PS5, and Xbox Series X/S). Marvel’s Midnight Suns is a “tactical RPG” from XCOM developer Firaxis games with a playable cast of characters including the likes of Blade the Vampire Hunter, Captain America, Captain Marvel, Doctor Strange, Ghost Rider, Iron Man, Scarlet Witch, Spider-Man, and Wolverine (among others) who battle against Lilith “the Mother of all Demons,” the antagonist introduced in Marvel’s Rise of the Midnight Sons story arc in the ’90s.

On the other hand, Gotham Knights is a multiplayer action RPG from WB Games Montreal, which lets players take on the roles of Batgirl, Nightwing, Red Hood, and Robin in an adventure set after the deaths of Batman and Commissioner Gordon. While Marvel and DC fans ceaselessly argue (and will likely never resolve) which company is “better,” both of the comic industry titans have released some incredible gaming experiences through the years that are worth playing before these two titles drop in October. Whether you prefer the Avengers or the Justice League, the MCU, or the DCEU, here are the best Marvel and DC games to play before the release of Marvel’s Midnight Suns and Gotham Knights.

In 2018, Insomniac Games released Marvel’s Spider-Man, bringing the comic publisher’s most popular superhero exclusively to PlayStation 4, achieving massive critical and commercial success. The action-adventure game collected numerous “game of the year” awards and sold over 33 million copies in less than four years since its launch. The story follows a seasoned Peter Parker/Spider-Man, who must defend New York City from threats old and new in an action-packed, combat-filled, parkour, and web-slinging/swinging adventure with a compelling narrative to boot. As Spider-Man will be joining up with the Midnight Suns in October’s upcoming Marvel adventure, it only makes sense to play Insomniac’s maiden voyage into the superhero genre first.

With an emphasis on tactical action gameplay, 2021’s Marvel’s Guardians of the Galaxy is a perfect starting point to build anticipation for the release of Marvel’s Midnight Suns. The game developed by Square Enix subsidiary, Eidos-Montreal, puts players in the shoes of Peter Quill/Star-Lord, the leader of the Guardians of the Galaxy, who guides Drax the Destroyer, Gamora, Groot, and Rocket Raccoon in a cosmic adventure that won “Best Narrative” at the 2021 Game Awards. Star-Lord acts as the commander of the Guardians of the Galaxy, allowing players to strategize when/how to use the other characters’ super abilities and special combat attacks in addition to Quill’s own unique talents. The game also provides a variety of costume & customization options, which are scattered throughout the various worlds encountered during the story. Marvel’s Guardians of the Galaxy is available to immediately download on Xbox Game Pass and to subscribers of PlayStation Plus in the “Extra” tier.

Related: Marvel’s Guardians Of The Galaxy Review | Turn Up Your Radio

Following the success of Marvel’s Spider-Man, its sequel Marvel’s Spider-Man: Miles Morales released as a launch title for the PS5 (if you were lucky enough to find one at launch). The story follows Marvel’s biggest rising star, Miles Morales and explores his heritage, past, and superhero/life balance, as he protects New York City from emerging threats, while Peter Parker is out of the country. While significantly shorter than Marvel’s Spider-Man, the sequel builds upon the established systems of the previous game and is a must-play for Marvel fans, as well as those curious about the newest iteration of the friendly neighborhood Spider-Man. While, Miles Morales doesn’t have any ties to the Midnight Suns currently, with new characters reportedly being incorporated into Firaxis’ game as add-ons, don’t be surprised if Miles Morales finds his way into the roster before the final expansion.

While Batman: Arkham Origins may not have lived up to the lofty expectations that its predecessors Arkham Asylum and Arkham City created, WB Games Montreal’s 2013 prequel to the Rocksteady trilogy introduced important characters to the series, and created one of Batman: Arkham’s most epic moments in its Deathstroke boss fight. For those interested in exploring WB Games Montreal’s previous work, Arkham Origins is the last standalone game the studio released prior to October’s introduction of Gotham Knights. However, while there have been unreliably sourced rumors of a next-gen remaster, Arkham Origins is still only available on older consoles or through backward compatibility currently.

Fans of fighting games and DC’s rich universe of heroes and villains are sure to enjoy 2013’s Injustice: Gods Among Us or its 2017 sequel Injustice 2. The reason both titles have been included on this list is that Injustice: Gods Among Us includes Batgirl and Nightwing in its roster, while Injustice 2 contains Robin and Red Hood as playable fighters. If you are partial to a specific character from Gotham Knights, then either of NetherRealm Studios’ acclaimed DC fighting games is sure to get you pumped for the upcoming Bat Family release. Also, for classic/retro gaming fans, there is an arcade version of the Injustice games, which even prints out physical, playable superhero cards as player rewards, so if you see an Injustice cabinet at your local arcade, give it a try.

While you should also play through the main campaign of Arkham Knight, the 2015 action game’s downloadable content is possibly the best preview of what Gotham Knights has to offer, as two of the game’s expansion packs were developed by WB Games Montreal. “Batgirl: A Matter of Family” is a short playable Batgirl campaign that chronicles Barbara Gordon’s mission to save her father from the Joker’s clutches, while the “Red Hood Story Pack” pits the anti-hero Red Hood against the sadistic Gotham crime lord, Black Mask. Also, there are playable Nightwing and Robin experiences (which were not developed by WB Games Montreal) in the “GCPD Lockdown” and “A Flip of a Coin” DLCs that have Nightwing and Robin going toe to toe with the Penguin and Two-Face, respectively.

To save the best for last, Batman: Arkham City is not just the greatest superhero game ever made, but one of the greatest videogames of all time, according to Metacritic. With a 96 Metascore, it is the culmination of every element that makes a great superhero game with its incredible stealth predator and “Freeflow” combat gameplay, well-written stories/missions, intelligent use of Batman/DC lore, exciting traversal via grappling/gliding through a rich open world filled with things to do, and a variety of puzzles and game modes to explore long after the credits roll. Arkham City even finds a way to seamlessly include virtually every major villain from Batman’s rogues gallery into its complex Escape From New York meets The Dark Knight narrative. While, I’d be remiss not to mention that Batman: Arkham Asylum could also be included on this list, as it is a masterpiece in its own right, Arkham Asylum’s limited scope and lack of an open world make Arkham City a slightly better choice to play before Gotham Knights, which reportedly has the largest open world of any Batman game to date.